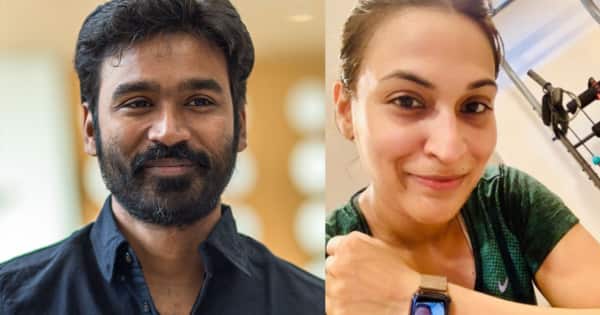 Atrangi Re actor Dhanush and Rajinikanth‘s daughter Aishwaryaa recently announced their divorce. After almost 18 years of togethernewss, Dhanush and Aishwaryaa decided to part ways. They took to their respective social media accounts to share a not revealing their decision. Their fans were left heartbroken, however, the couple asked them to respect their privacy. Moving over from the divorce, Dhanuh and Aishwaryaa seem to have now drained themselves in work. A picture of Aishwaryaa and her team has made it to the internet. Reportedly, she has started work on her next song. Also Read – Trending South News Today: Dhanush-Aishwaryaa Rajinikanth staying in the same hotel, fans make BTS groove on Pushpa’s Srivalli and more

Earlier, Etimes had reported that Aishwaryaa and Dhanush are staying in the same hotel in Hyderabad. The actor is in Hyderabad for the shooting of his next film while Aishwaryaa is set to direct her next song. They are reportedly stationed in Sitara Hotel in Ramoji Rao Studios. Also Read – Dhanush-Aishwaryaa Rajinikanth split: After announcing separation, the estranged couple is staying in the same hotel – Read Deets

It was on January 17 that Dhanush and Aishwaryaa penned a note saying, “Eighteen years of togetherness as friends, couple, as parents and well-wishers to each other. The journey has been of growth, understanding, adjusting, and adapting. Today we stand at a place where our paths separate. Aishwaryaa and I have decided to part ways as a couple and take time to understand us as individuals for the better. Please do Respect our decision and give us the needed privacy to deal with this. Om Namashivaaya! Spread love, D.” However, later, Dhanush’ father reportedly called their separation a family quarrel. Also Read – South News Weekly Rewind: Samantha Ruth Prabhu deletes divorce post, Shruti Haasan opens up about what she truly feels about boyfriend Santanu Hazarika and more