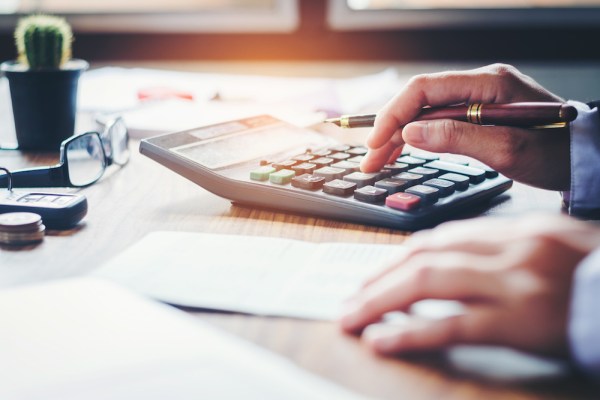 Digits, the startup that is building a new take on accounting software through an approach that it describes as building a “Living Model” of a company’s financial activity, has brought in some money of its own to double down on growing its business. The company has raised $65 million, a Series C that CEO and co-founder Wayne Chang confirmed to me values the startup at $565 million.

Digits has until now still been in an invite-only phase after first launching out of stealth mode and amassing an impressive waiting list of 16,000 (and $97.5 million in funding). But today, to coincide with the funding news, it is launching what it’s describing as its first product: a reporting tool called Digits Reports. Reports lets users — typically those users would be accountants or other finance professionals — hover over accounting lines to get deeper analytics and visualizations to put a transaction into better context. (“Hover to discover!” is the tagline that Chang nearly sang to me when describing how it worked.)

Digits will also be opening the doors a little wider to adding more users. Right now, it’s been intentionally working with “just a few hundred”, Chang said, to help teach its algorithms and learn about the different use cases that might arise among customers.

Digits has taken a very cooperative approach to how it has amassed backers: it counts 72 individual angels on its cap table. Part of Digits’ attraction (and traction) has been the track record of its founders: Chang and Jeff Seibert also founded Crashlytics, the crash reporting service that was first acquired by Twitter, which then sold it Google, which integrated it into Android. It is now used across billions of devices and millions of apps.

You might wonder what the line is between building a tools very much focused on developers and building an accounting platform, but as Cheng describes it, the connection was obvious to him and Seibert.

“There are direct parallels,” Seibert told me. “At Crashlytics, we were focused on the product and developer side of the house, where  it is all about analytics on how apps are performing. By processing massive amounts of data could give insights to those teams that they didn’t have before. But we were shocked by how little visibility the companies had of their [overall] business.” Digits, he said, “is using a very similar approach, but applied to the other half of the company.”

That ethos is evident in the products that the company is building.

Digits itself is not a data ingestion tool: Chang notes that it essentially sits on top of Intuit’s Quickbooks (note: that choice was deliberate because Quickbooks accounts for about 80% of the small business accounting software market in the U.S. today, although over time Digits will work with other sources as demand dictates it). It then uses that data, plus API-based integrations with whatever else a company uses to manage incoming and outgoing money in its business, to essentially create a massive database of information.

Digits then begins to organise and read that data to create more intelligence around it. In the case of the new Reports product, it provides automatic answers to the kinds of “how” or “why” questions that an accountant or other finance pro might have around a basic financial report, the kinds of answers that previously would have only been possible through human queries and being able to read and understand the stories behind paper trails and siloed sources of data.

Digits Reports will sit alongside, and is based around, a Search feature that Digits launched last year to help users find transactions that tapped into a similar idea: answers are not found just through keywords but in results that intuit (heh) what the finance pro is really trying to figure out.

“Previously you had to search filing cabinets, and even shoe boxes,” Chang said, and he insisted he was not being overly dramatic. “This whole industry is very antiquated.”

Right now, the company’s products are focused on essentially querying historical information: looking at financial transactions and other events that have already happened to make sense of them. But the obvious progression of that is to apply Digits’ Living Model to real-time analytics — and more pertinently for finance people — future reporting. (Another startup building the next generation of finance tools for smaller businesses, DataRails, aptly calls future reporting and modeling the “holy grail” for these finance professionals.)

Change confirmed that this is definitely on the cards for the company but declined to say more.

However, when sharing his screen with me to demonstrate the “hover to discover” tool, I noticed that another product on Chang’s desktop that he quickly moved away from saying it was still being worked on.

It was called “Burn”, and my educated guess is that it might relate to giving a user — most likely from the smaller businesses that Digits is aiming its service at — see how a company’s cashflow is behaving over a period, in order to determine what its runway and burn rate are over that time. This in turn can help a company figure out where it might need to spend less (or perhaps more) if it needs those numbers to be going a different way, or conversely if it has the capacity to invest money to boost activity.

What is also very interesting about the Living Model is that on a more generalized level it could be applied to more than just accounting queries since it gives a complete picture of how a company is operating financially. Chang told me that since launching in 2019 Digits has already fended off three acquisition offers.

He wouldn’t specify who was doing the approaching, but confirmed that it wasn’t just other, bigger accounting platforms that are interested.

“We know we are building pretty compelling technology that no one else has,” he said, “and the Living Model is applicable to other things. For example, if you are a bank and want to apply different lending models, our platform can automatically tell you about the financial state of a company. We are just scratching the surface of what we can do.”

For now, it’s finding enough traction from the accounting angle, where users are rapidly migrating to more digital tools are are looking for more automation and insights in their experiences. That has helped Digits also make the case for signing them up to its product.

“Business owners have thought about this type of stuff very little, only when there’s been a question like, ‘why did this go over budget?” is how he characterized the traditional way of thinking that appears to be evolving.

And this is why investors want to jump in.

“It’s rare for one of our portfolio companies to be valuable to the others,” said Eylul Kayin, an investor at SoftBank’s Vision Fund.  “Digits is useful to all of them.”