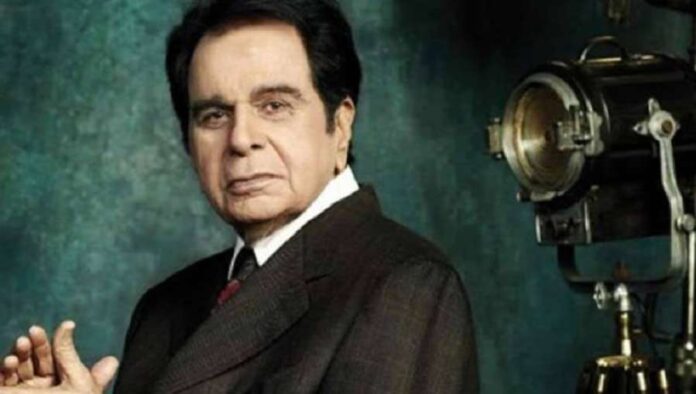 New Delhi: It is said that walking or not walking in the cinema world is a game of luck, a living example of this is the stardom of acting emperor Dilip Kumar, who never even thought of working in films in his early life. But the game of time and fate made him the emperor of Hindi cinema. Late Superstar Dilip Kumar’s 100th Birthday (Dilip Kumar 100th Birthday), know on this occasion the important story of Dilip Kumar’s life before coming to Bollywood…

The one we know as Abhinay Samrat and Tragedy King Dilip Kumar was named Yusuf at birth. Yusuf was born in a merchant family. He was born on December 11, 1922 in Peshawar, British India (now in Pakistan). He was also on his school’s football team. In an interview given to a magazine, Dileep told that playing football was his passion till the time he started working (at the age of 19).

As we told that Dilip Kumar was born in Peshawar but his father had moved to Mumbai with the dream of expanding his fruit business. In school, Dilip became known as the best football player. He was made the secretary of the school’s football association. But his father did not like football and wanted his son to pursue a career in chess. Dilip Kumar had also told in a BBC interview that he had not seen a single film till the age of 14.

How did Yusuf become Dilip Kumar

The journey from football player Yusuf Khan to becoming Dilip Kumar is also very interesting. This story started with his first film ‘Jwar Bhata’ released in 1944. Dilip Kumar has written in his autobiography ‘Dilip Kumar: The Substance and the Shadow’ that Indian cinema’s first star actress Devika Rani introduced Yusuf Khan as Dilip Kumar. This was done because Devika wanted to present Dileep with a romantic image. His proposal was also liked by Yusuf and the name of Dilip Kumar was printed on the poster of the film, not Yusuf.

Married at the age of 44

Talking about Dilip Kumar’s personal life, at the age of 44, he married Saira Banu, 22 years younger than himself. Till the end of life (7 July 2021), Saira supported Dilip at every step. This veteran Bollywood star won 8 Filmfare Best Actor Awards, after which he was also honored with the Filmfare Lifetime Achievement Award. Apart from this, the Government of India honored him with Padma Bhushan, Dadasaheb Phalke Award, and Padma Vibhushan Award. He has done evergreen films like ‘Madhumati’, ‘Devdas’ and ‘Mughal-e-Azam’.