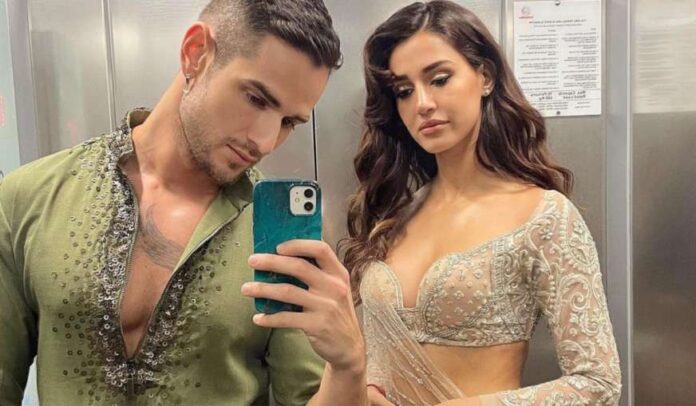 Bollywood’s hot actress Disha Patni is in the limelight these days. Disha Patni often shares pictures from her Instagram handle. Which the fans also like a lot. Disha Patani shared some pictures with actor Alexander Alex after separating from her boyfriend Tiger Shroff. Not only this, Disha and Alexander Alex were also seen together in many parties. After which the news about the affair of both started running. Now, breaking the silence regarding these reports, Alexander Alex has spoken openly about his and Disha Patni’s relationship.

Disha Patni’s name was being linked with actor Alexander Alex for the past several days. According to media reports, during an interview, Alex said that it is nice to see how people are trying to know about us in depth and making their guesses. Alexander said, I have been watching for some time how this is going. We know the truth I don’t understand why people need to do all this what is happening? Why can’t they let other people live their lives in peace? We laugh at these stories.” After this, when Alexander was questioned about Tiger and Disha’s breakup, he did not give any specific answer about it.

He told that he met Disha in the early days of his career, both of them were flatmates. “We lived together in 2015 when Disha and I were with the same agency,” Alexander said. He further said that both of them are very passionate about fitness, then we started going to the gym together, due to which our bonding became very good. As of now nothing is clear on what is going on between Disha and Alexander.

Pushpa 2: There will be a blast in ‘Pushpa 2’! This actor will be seen with Allu Arjun in the film