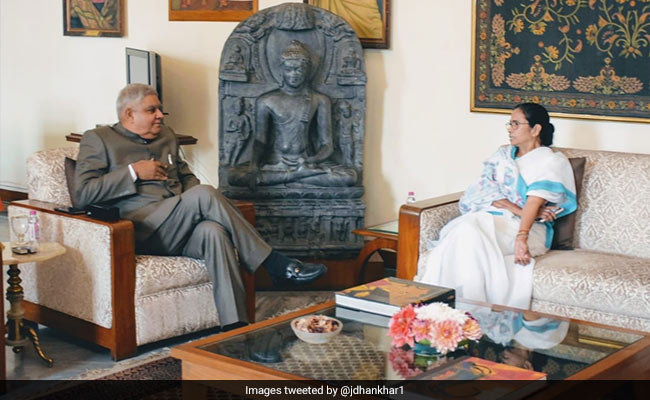 West Bengal Chief Minister Mamata Banerjee ‘blocked’ governor Jagdeep Dhankhar from her Twitter account on Monday a day after he said the state had become “a gas chamber for democracy, in signs that ties between the two leaders neared a point of no return following years of acrimony.

“I apologise for it in advance. He (Jagdeep Dhankhar) tweets something every day abusing me or my officers. Unconstitutional, unethical things, he says. He instructs and advises. Elected government has become bonded labour. That’s why I have blocked him from my Twitter account. I was getting irritated every day,” Mamata Banerjee said at a news conference.

This is a breaking news story. Details will be added soon. Please refresh the page for latest version.