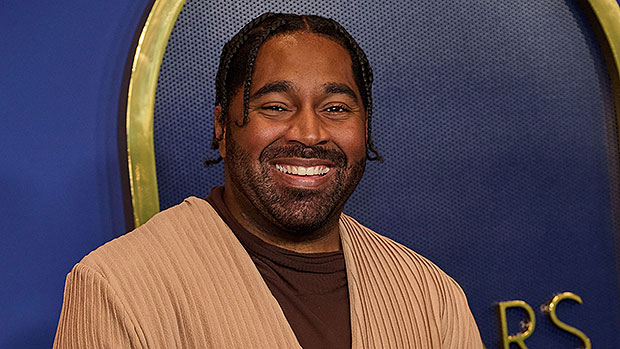 DIXSON has been nominated for an Oscar for his collaboration with Beyoncé on the song ‘Be Alive’ featured in ‘King Richard.’ Here’s everything you need to know about the R&B artist.

DIXSON is an accomplished music artist and his Academy Award nomination is one of his biggest accomplishments to date. He has been nominated for Best Original Song for his collaboration with Beyoncé titled “Be Alive.” The song was featured in the Oscar-nominated film King Richard about the father of tennis champions Serena and Venus Williams. While writing the song, he sought out inspiration from his own upbringing. “My father was very similar to Richard Williams — he had a strategy for his kids,” Dixson told Variety. “I didn’t need to see the film to know the story; I lived it myself.” Here’s everything you need to know about the Oscar-nominated singer.

DIXSON has found his passion in making R&B music. He passionately studied all elements of music as he was growing up and knows how to play a whopping 11 instruments. He got his start in the industry as a music producer and vocal arranger. Throughout that time, he also promoted himself as a singer on social media releasing covers. He also collaborated with his alma mater The College of Wooster on gospel-related projects. He got his big break when he signed on with Roc Nation as a solo artist.

2. DIXSON has collaborated with big names

Beyoncé is not the only big name that DIXSON has joined forces with. He has written hits for a number of A-list artists including Chance the Rapper, Justin Bieber, Chika, YEBBA, BOSCO, Kirk Franklin, Kim Burrel and Peter CottonTale. Most notable was his work on Justin Bieber’s hit “Holy.” He has also written songs for movie soundtracks prior to his experience with King Richard. He composed for the Cannes Award-winning film Onward.

For TV singing competition fans, you might remember DIXSON from The Voice. He auditioned for the blind singing show in 2016 and Pharrell Williams chose him to be on his team. While he didn’t make it past the Top 20, it served as a big boost to his career and he’s grateful for the experience. “I have nothing but joy when I think about the time that I was on there. I think one of the biggest takeaways from that experience was having confidence,” he said of the experience to Rated R&B. Having Pharrell as a coach was an opportunity in and of itself. I was fortunate enough to forge a relationship with Pharrell after the show that has really been beneficial to my career. The show just opened up so many doors for me. A lot of dope opportunities came out of being on The Voice. I’m super grateful for the opportunity.”

While DIXSON has written his own music over the years and produced other artists’ songs, it wasn’t until 2021 that he released his own first album as a solo artist. He titled the album DARLING and it was an ode to the women who have inspired him. “DARLING is a project that I dedicated specifically to the women in my life,” he told Rated R&B. “My mother, my girl, my aunt (who we buried literally the day the project came out), my sister (who passed away during the process of making it). I’m from the South, so ‘darling’ is a term that we use out of love.”

5. He was inspired by Michael Jackson’s ‘Thriller’

DIXSON knew he wanted to be a musician for as long as he could remember. He began singing as soon as he could talk and would sing along to songs in church as a toddler. However, it wasn’t until he saw the music video to Michael Jackson’s “Thriller” that he knew he’d be a singer. “My mom showed me that and I was obsessed,” he told Rated R&B. “I remember playing it back and just falling in love with all the details of that particular music video and the song itself. I might’ve been like 10 or 11 at that point when I saw that and decided then that eventually, if it was for me, then I would be a professional singer.”