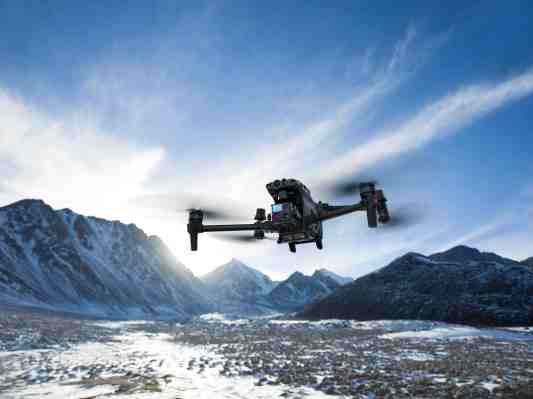 The first DJI Mavic turned the world of consumer drones on its head when it was released back in late-2016. The compact, foldable design launched a million copy cats around the world — including a number under the drone giant’s own umbrella. Compact certainly isn’t the first word that comes to mind in the enterprise space, however. Those designs tend to be far heavier and more robust than products designed to be stored in a photography backpack.

Two years after the first model arrived, the company introduced enterprise capabilities for the Mavic 2. The biggest change there was the addition of a modular mount that could be used to add on things like a spotlight and a speaker to help it fly in less than ideal conditions. But for all intents and purporses, the Mavic 2 Enterprise was still a consumer drone with some added work benefit.

This morning, the company announced the Matrice 30, a purpose-built drone for enterprise applications that brings the Mavic’s most prominent feature — folding arms — to the longstanding line. Once again, DJI is highlight that the system can be carried in a backpack — albeit a larger one than what’s needed for the Mavic and its various derivative drones. The larger size assures a more robust design that’s necessary for some of the conditions these products face. The on-board battery is rated at 41-minutes — which is five minutes less than the Mavic 3’s.

As for weather concerns, the new drone is rated IP55, and the company says it’s capable of operating in temperatures ranging from -4 to 122 degrees Fahrenheit. Keep in mind, these drones are designed to face some really rough settings for inspections so their human counterparts can keep out of harm’s way.

The new drone comes bundled with a remote and is available through DJI’s site.