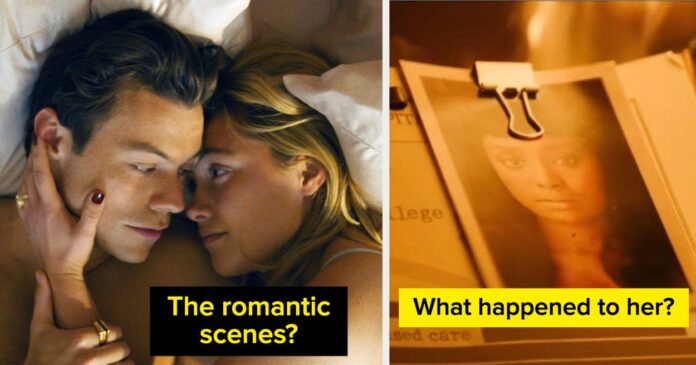 So Jack gets promoted to the senior advisory board from his previous role as a technical engineer. He gets given a fancy lil ring and essentially has a little marriage ceremony to his job, complete with the most bizarre first dance you’ve ever seen.

But Jack implies that when the men go off to work, they go off to crappy jobs in the real world that they don’t like. So are the job titles in Victory just a show of status for the wives, and a way for the men to see who’s the most alpha?

Or do they perhaps go off to jobs in the real world and actually work on things to do with the Victory Project? But then that sends me down another a spiral of questions, because it’s implied that Jack is an unemployed layabout and surely a job to do with a highly sophisticated life simulation needs a lot of technical skill and experience? I suppose maybe he could be doing something like onboarding new members online.

Another theory I have is that Jack and the other men are rewarded for turning their women in if they start to remember things and break the role of the perfect housewife. Jack gets his promotion after Alice gets to HQ and mysteriously wakes up at home in her bed with hazy memories. It’s likely because she returned to her body in the real world, Jack realized she’d found out his secret and he forcibly put her back in and commissioned the mind wipe.

This might explain why Bunny’s husband Bill gets his own ring near the start, and why Bunny goes from very pro-Victory to suddenly telling Alice they’re in a simulation near the end of the film. Perhaps her memories keep coming back and Bill keeps sending her off for memory wipes, but she doesn’t mind because it means her grief for her real life children stays at bay?

BUT NO ONE TELLS US WHAT THE JOB TITLES ACTUALLY MEAN SO MY MIND IS JUST GONNA KEEP LOOPING HERE.