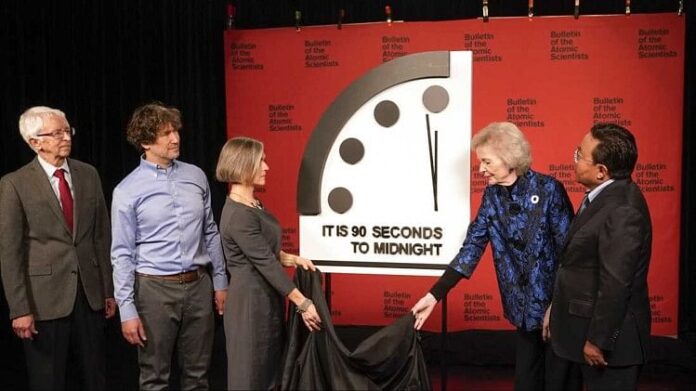 The Doomsday Clock now has only 90 seconds left until midnight.
– Photo: Social Media

Because of the ineffective response of global governments to prevent war, climate change and pandemics, the ‘Doomsday Clock’ now has only 90 seconds left for midnight. According to The Bulletin of the Atomic Scientists (BAS), nuclear tensions between the Russia-Ukraine war, climate change and global pandemics like Kovid-19 have brought us closer to the apocalypse than ever before.

Significantly, even two years ago, this clock had changed its hand and it was just 100 seconds away from the time of the apocalypse i.e. midnight (12 o’clock in the night). However, now once again there has been a change in the hands of this clock, which tells about the dangers to come.