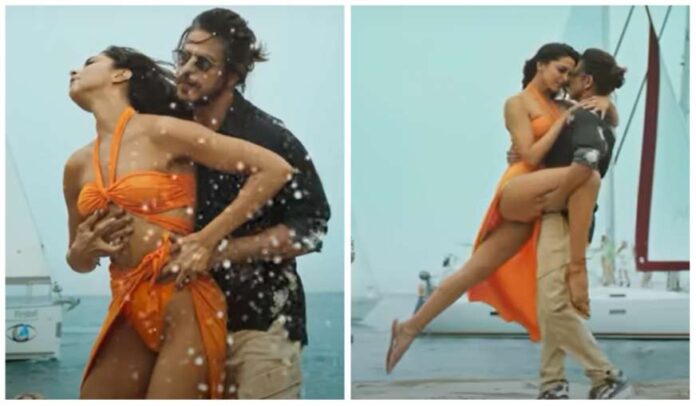 Bollywood movies nowadays are facing boycott on social media even before their release. Be it Akshay Kumar or Shah Rukh Khan in the film, everyone has to face boycott on social media. In the year 2022, the big stars of Bollywood have also suffered huge losses due to this boycott. Recently, the song ‘Besharam Rang’ from Shahrukh Khan’s upcoming film ‘Pathaan’ has been released, after seeing which there has been an appeal on social media to boycott the film and ban the song. People liked Shah Rukh Khan in the song video of the film but they did not like the revealing look of Deepika Padukone in monokini and bikini.

Now the ministers of Madhya Pradesh have also jumped into the chain of boycotting the film. Madhya Pradesh Home Minister Narottam Mishra has alerted the makers of the film that they should remove objectionable scenes from the film, if obscene scenes are not removed from the film, it will be considered whether it should be allowed in Madhya Pradesh or not. Not only this, Madhya Pradesh Home Minister Narottam Mishra has also called Deepika Padukone a supporter of Tukde-Tukde gang. In fact, Deepika Padukone reached JNU when the CAA protest was at its peak. After which he was said to be associated with the Tukde-Tukde gang.

Deepika Padukone is wearing a saffron colored bikini in a scene of the song, Hindu Mahasabha national president Swami Chakrapani Maharaj objected to the saffron color of the bikini, saying that it is the color of saffron and has been insulted in the film ‘Pathaan’ . He further said that this is an insult to saffron and Sanatan Dharma and somewhere Bollywood is continuously working against Sanatan Dharma. Swami Chakrapani Maharaj further said that it is unfortunate that the censor board keeps passing such things.

Shahrukh Khan’s film ‘Pathan’ has been embroiled in controversies before its release, apart from King Khan, Deepika Padukone and John Abraham will be seen in important roles in the film. ‘Pathan’ is scheduled to release on January 25, 2023 in Hindi, Tamil and Telugu. This action-packed film is directed by Siddharth Anand. Before the release of the song of the film, Shahrukh Khan also reached Vaishno Devi, where the pictures went viral on social media.