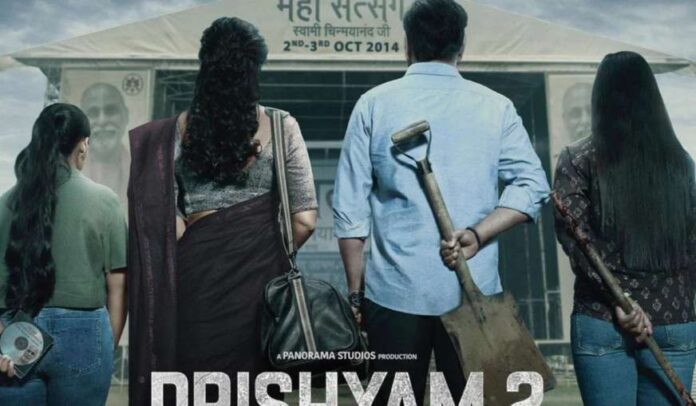 Drishyam 2 Collection Day 5: In the murder mystery thriller film ‘Drishyam 2’, Ajay Devgan is once again ruling the theaters as Vijay Salgaonkar. The film is creating new records at the box office every day. The film has earned hugely since its opening day. This year has not been anything special for Bollywood films, in such a situation, it is obvious that this film has come as a new hope for Hindi cinema this year. Drishyam 2, full of suspense-crime thriller drama, was released in theaters on 18 November. Now that it’s been 5 days since the release of ‘Drishyam 2’, the film has earned more than its budget. In this film, apart from Ajay Devgan, Tabu, Shriya Saran, this time Akshaye Khanna is also seen in an important role. Let us tell you how much business the film has done on the 5th day.

How much did ‘Drishyam 2’ collect on the 5th day

Talking about the earnings of ‘Drishyam 2’, from the very first day this film has established itself at the window of theaters and it continues unabated even on the fifth day. The film earned Rs 15.38 crore on the first day. On the other hand, on the second day, the film earned a whopping Rs 21.59 crore. So on the third day it earned Rs 27.17 crore. The collection of the film decreased slightly on the fourth day as well, on this day the film collected more than Rs 11 crore. On the other hand, according to the recent trends, the film ‘Drishyam 2’ also collected Rs 11 crores on the 5th day. With this, the total earning of the film has gone up to 87.01 crores. At the same time, it is being speculated that in the coming weekend, the film’s earnings will once again pick up and will do a good business.

Will soon join the 100 crore club

Let us tell you that ‘Drishyam 2’ is a sequel to 2015’s ‘Drishyam’. ‘Drishyam 2’ has been made in a budget of about Rs 50 crore. The film’s five-day collection has now crossed the film’s budget. Also, now it is expected that very soon the film will join the club of 100 crores. Tabu, Shriya Saran and Akshaye Khanna have also done strong acting in the film. Released in Hindi, ‘Drishyam’ and ‘Drishyam 2’ are remakes of the films made in the Malayalam language with the same name.