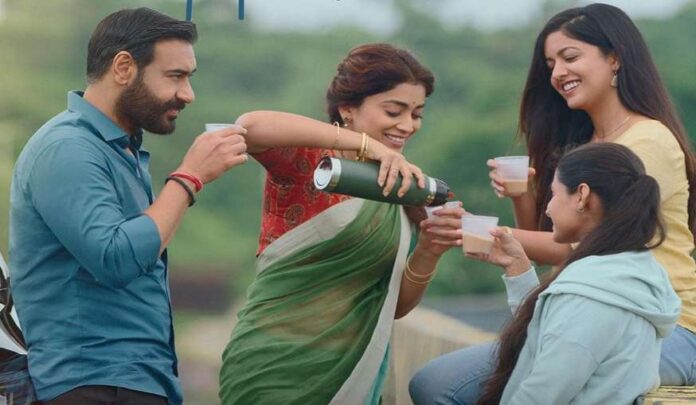 Drishyam 2 Box Office Collection: The film ‘Drishyam 2’ is creating a new history every day with its box office collection. Ajay Devgn and Tabu starrer suspense thriller ‘Drishyam 2’ has crossed the 100 crore mark in the first week itself. The film has managed to spread its magic not only in India but also worldwide. The film has collected around 104 crores in 7 days. Looking at this earning, it seems that the eclipse that hit Bollywood this year has now been removed. Be it the film ‘Samrat Prithviraj’ or Ajay Devgan’s ‘Runway 34’ released this year, all have proved to be flops at the box office.

The film ‘Drishyam 2’ collected Rs 15.38 crore on the opening day. On the second day, the film earned around Rs 21.59 crore. The third day collection of the film was very good and it collected around Rs 27.17 crore. On the fourth day the film collected 11.87 crores and on the fifth day it collected 10.48 crores. The film has collected 9.55 crores on the sixth day and 8.62 crores on the seventh day. The film has crossed 100 crores in its first week and now it is expected that this film will also complete the collection of 200 crores soon.

Talking about the story of ‘Drishyam 2’, in its story, Vijay Salgaonkar has now become the owner of the theater from cable operator and his daughters have also grown up. Even today in the film, Vijay’s family gets scared when they see the Goa Police. This time, actor Akshaye Khanna has entered the film, who is playing the role of a strong police officer. The box office collection itself tells how much the audience is liking the film. At the same time, to compete with ‘Drishyam 2’, Varun Dhawan’s film ‘Bhediya’ has also been released.