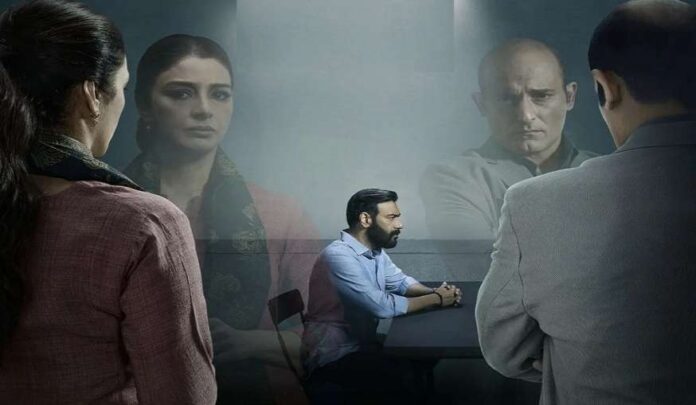 Drishyam 2 Box Office Collection: The suspense thriller film ‘Drishyam 2’ has created a buzz in the theaters even after 26 days of its release. The film has deposited 212.93 crores in its account till the 26th day. Apart from Ajay Devgan, Tabu, this time Akshaye Khanna’s entry has been made in the film ‘Drishyam 2’, whose character of a police officer has been liked by the audience. Looking at the film’s earnings, it seems that soon it will travel up to 300 crores. In terms of earning, ‘Drishyam 2’ has surpassed Karthik Aryan and Kiara Advani’s superhit film ‘Bhool Bhulaiyaa 2’ released this year.

Read also: ‘Pathaan’ mired in controversies even before its release, Narottam Mishra did not like Deepika-Shahrukh’s ‘Besharam Rang’

This is Ajay Devgan’s fourth film which has crossed the 200 crore mark. Earlier, Ajay Devgan’s film ‘Golmaal Again’ and ‘Tanhaji’ did a business of 200 crores. The year 2022 may not have been anything special for the rest of the stars, but for Ajay Devgan, this year proved to be lucky. Talking about the earnings of the film ‘Drishyam 2’, the film has collected 2.62 crores on Friday of its fourth week, 4.67 crores on Saturday, 6.16 crores on Sunday, 1.61 crores on Monday and 1.57 crores on Tuesday.

The audience has waited 7 years for the sequel to Ajay Devgan and Shriya Saran’s 2015 hit Drishyam. In the story of ‘Drishyam 2’ a lot has changed in the Salgaonkar family. Ajay Devgan, who plays Vijay in the film, now runs his own theater and wants to produce a film. At the same time, his daughters have also grown up, but Vijay’s family still gets scared when they see the Goa Police and they start remembering old things. The climax of the film is tremendous. Ajay Devgan will next be seen in the film ‘Bhola’, whose teaser has been released a few days ago. The pair of Ajay Devgan and Tabu will be seen once again in this film.