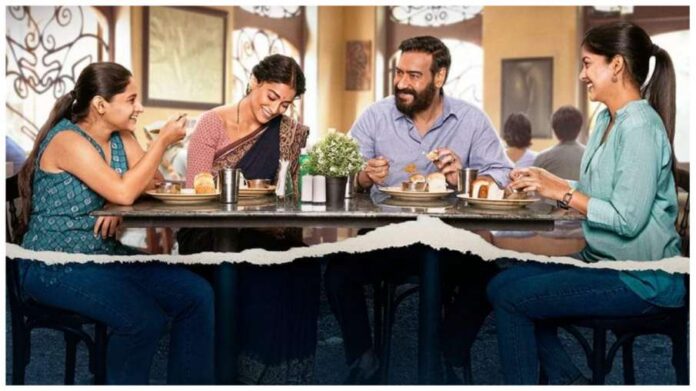 Drishyam 2: ‘Drishyam 2’ is doing amazing at the box office. Ajay Devgan starrer ‘Drishyam 2’ was released on 18 November. The film is getting the love of the audience from the opening day of the film. At the same time, the film is going to be released soon on OTT as well.

‘Drishyam 2’ also stars Akshaye Khanna, Tabu and Shriya Saran. Please tell that the film has been released on 3300 screens. Advance booking for ‘Drishyam 2’ had started before the release and in which 3900 tickets were sold. Whereas ‘Drishyam 2’ collected 63.97 crores in three days. The film has crossed the 50 crore mark in just three days.

Will be released on OTT at this time

The film ‘Drishyam 2’ is the Hindi remake of Mohanlal’s ‘Drishyam 2’ released in the year 2021. At the same time, it has become easy to watch the film on OTT. The digital rights of the film have been bought by Amazon Prime Video. But you will have to wait a while to see this. There will be a gap of at least 6 weeks between the film’s theatrical release and its OTT premiere. ‘Drishyam 2’ will come on Prime Video in December or early January.