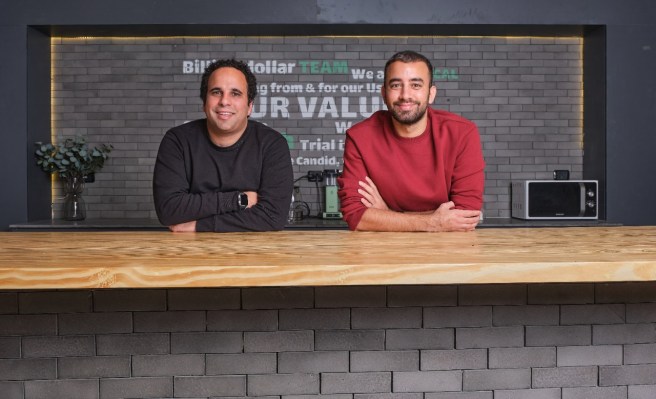 The MENA region has about 400 million people with $500 billion in annual savings. But as a relatively young population, most of them have minimal equity market and investment exposure.

Replicating the success of Robinhood in the U.S., some platforms are looking to create investors out of the region. One such is Egypt-based Thndr. The company has raised a $20 million Series A round to democratize investing in the Middle East and North Africa.

In developed markets such as the U.S. and Europe, up to half of the population invests in financial instruments. However, people in developing markets such as North Africa and the Middle East are underserved, with less than 3% actively investing in financial assets across the region.

A common reason for poor investment penetration in MENA is that opening a brokerage account is expensive. Thndr, launched in late 2020 by Ahmad Hammouda and Seif Amr, is filling the gap by making it easier to open and manage investment accounts, consequently replacing traditionally slow and outdated processes by incumbents.

“The first investment that 75% of our users have done was with less than $500. Without Thndr, these people wouldn’t even be able to open a brokerage account elsewhere because this is much less than the minimum account balances needed to open an account,” chief operating officer Amr told TechCrunch over a call.

Despite the titular “Robinhood for Egypt and the Middle East”, Thndr has had to be ingenious in its strategy based on four pillars, said the founders. The first is taking into cognizance that its users are not as financially literate as those in developed countries and educating them with simulators, articles, videos, webinars, podcasts and daily newsletters. The second is building a relevant and intuitive app; the third is making it easy to open an account online without visiting a branch. The last is a concept of an investment supermarket to meet the needs of different investors.

Currently, users don’t have access to U.S. stocks. They can only use the platform to invest in the Egyptian stock market and mutual funds. It’s an entirely different use case for Bamboo and Chaka, similar platforms in Nigeria that view the provision of U.S. and foreign stocks as the best incentive to acquire users, most of which are concerned about hedging their money against inflation and currency devaluation.

So how has Thndr managed to garner more than 300,000 downloads just providing local stocks? Amr infers that the users like the accessibility and association with the brands they invest in and the ease of making investments on Thndr.

“A very critical pillar for us is the long-term viability of what people are investing in, and this is something that we see in a lot of Egyptians,” he said.

“They see these brands daily; they use, love and want to be part of the growth avenue of these brands. We see that from an understandability and an association perspective, Egyptians are inclined towards Egyptian products,” he added.

But that doesn’t mean Thndr won’t offer U.S. stocks. Actually, it’s one of the many reasons the YC-backed investment company raised this round. In addition to providing U.S. stocks, Thndr plans to introduce other foreign assets from local exchanges in the MENA region and is seeking to acquire a licence with one of the GCC’s regulatory bodies, following up on the brokerage licence it received in Egypt in 2020 — the first issued in the country since 2008.

“As we will continue to add investment products, we are already in partnership with a partner broker and we have been working with them over the last six months to launch U.S. securities in the region.”

For Thndr, offering commission-free trading, no deposit or withdrawal charges and no account minimums allows users to trade often and hold their money for the long term. So, it has turned to subscriptions — a model Robinhood introduced in 2016, pivoting away from the commission fees it charged users — to make money. Other earning streams include revenue share agreements with asset managers running mutual funds and floats on idle cash sitting in customers’ accounts.

Amr said Thndr’s assets under custody grew 29 times in 2021 and shared a few impressive metrics from the company’s two-year run in Egypt.

According to him, about 87% of Thndr users invested for the first time through the platform; 40% of its users come from outside of Cairo and Alexandria — rural areas with zero access to financial institutions; and Thndr accounts for 36% of all new registrations in the local Egyptian exchanges in 2021.

Thndr has raised a total of $2 million in funding to date. The Series A investment will go toward product development and expanding its presence across MENA.

“The way we look at it, the Middle East and North Africa is a massive region. It’s around 400 million population connected by one language with a very similar culture,” said the CEO about expanding into neighbouring countries instead of sub-Saharan Africa where there’s a bit of competition. “So we see a huge room for us to localize our product and service for this region. And this is what we’re focusing on right now.”

Tiger Global, Dubai-based early-stage VC BECO Capital and Prosus Ventures co-led the Series A investment. Alex Cook, a partner at Tiger Global, said in a statement, “We’re excited to support Ahmad, Seif, and the Thndr team as they make investing more accessible in Egypt and the MENA region. The market is lacking a low cost, easy to use platform for investing and saving, and we believe Thndr will deliver best-in-class customer experience as the platform scales.”

Interestingly, this round is Tiger Global’s second investment in an African digital brokerage app in quick succession. The American hedge fund co-led the round in Nigeria’s Bamboo last month.

Other investors in Thndr’s Series A round include Base Capital, firstminute and existing investors Endure Capital, 4DX Ventures, Raba Partnerships and JIMCO.

Away from the investors and to further plans for the company, Amr highlights the importance of local Egyptian regulators in providing the licence, which has enabled Thndr to scale.

“It says a lot that our local regulators are very progressive, open and accommodating to this change. Like from one angle, it’s imperative to catalyze growth. But from the other angle, it’s also allowing us to capably attract investments which will spill over and be invested in the countries that we will serve.”

Before starting Thndr, both founders were investment bankers and had stints at Uber; Hammouda as a general manager at Uber Egypt and Amr as an operations manager in Uber’s office in Dubai.