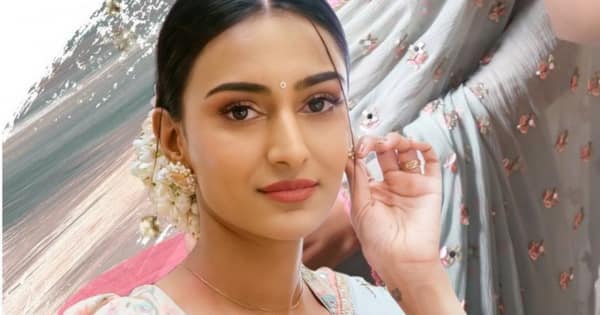 There have been several actresses who have been body-shamed in the past. Stars like Sonakshi Sinha, Huma Qureshi, Rubina Dilaik and many more have open spoken about it. Now, it is Erica Fernandes who has come out to reveal that she was thin-shamed when she entered South Film industry. She spoke about how the South Film industry used to be obsessed with showcasing volumptous women and she had to put stuffing everywhere to match up to the expectations. Also Read – Sharad Malhotra-Surbhi Chandna, Shivangi Joshi-Mohsin Khan and more: 11 Popular TV jodis that reunited onscreen due to fans’ love

In an interview with Bollywood Bubble, Erica stated that she felt very bad and disrespected when she had to put padding everywhere including her thighs. She felt uncomfortable. However, she did mention that times have changed now and people are not expecting women to be volumptous. The actress was quoted saying, “I was thin-shamed a lot and I was very skinny compared to whatever they expected me to or a South actress needed to be at that point, so they wanted voluptuous women so they used to stuff me. I used to wear a lot of padding and I used to feel very-very bad because it’s uncomfortable like you’re not accepting the person the way they are.” Also Read – Trending TV News Today: Umar Riaz tops Bigg Boss trends over Sidharth Shukla, Ruslaan Mumtaz and family test COVID positive and more

Further adding, “They used to put padding everywhere. I had thigh pads and everywhere it used to be. I used to feel disrespected, it used to be like that but I’m glad that is that’s not the case anymore and people have moved on from that. Things are different right now which is very good.” Also Read – Shweta Tiwari, Nia Sharma, Mouni Roy and more TV divas who have most enviable midriffs – view pics