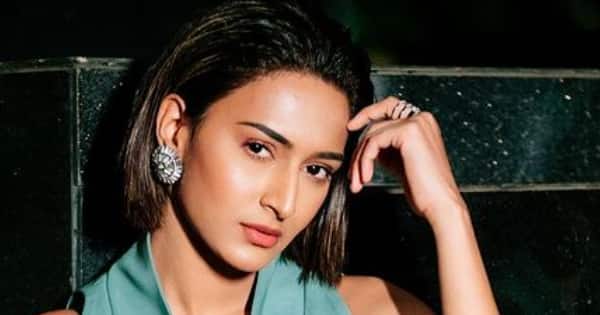 Erica Fernandes is one helluva talented actress. She is not just gorgeous but her characters, be it Prerna or Sonakshi, have stayed with the audience. In fact, it wouldn’t be wrong to say that she has etched them in their hearts forever. Erica Fernandes’ last TV show Kuch Rang Pyaar Ke Aise Bhi 3 wrapped up abruptly. The actress in a recent interview revealed that she is on a break and is spending time with her family and is utilising her break to work on herself. Erica also revealed that she refused several OTT shows. The OTT world is booming since the pandemic and a lot of celebs have also taken up projects that release directly on OTT. However, Erica consciously refused to work in them. She also revealed the reason for doing so. Also Read – Pooja Banerjee-Sandeep Sejwal welcome baby girl; father expresses happiness saying, ‘Our wish has finally come true’

While agreeing that the content is booming on OTT, Erica added that she was offered a few but couldn’t take them up due to the level of intimacy required. Erica told Etimes that there have been OTT projects that requires intimate scenes and some felt forced. Erica was open to the idea of intimacy on-screen if it was absolutely needed for the character, story and the show. However, she asserted that she has her limits. The actress said that she feels uncomfortable doing certain things. “This was the reason I had to turn down many web shows because the level of intimacy was a bit too much for me,” Erica said while adding that it’s tough and difficult to wait for roles that are good and have less intimacy involved. Also Read – Parth Samthaan birthday special: From Disha Patani to Erica Fernandes, Kehne Ko Humsafar Hain 2 star and his most-talked about love affairs

In the interview, Erica was also asked if she was game for doing reality TV shows. The Kasautii Zindagii Kay 2 actress said that fit depended on what kind of reality TV show it would be. “I am not the type of person who would want to be locked up in a house,” she told the portal. Also Read – Erica Fernandes to Urfi Javed: These popular TV actresses DENIED working in web series due to adult and bold scenes in it