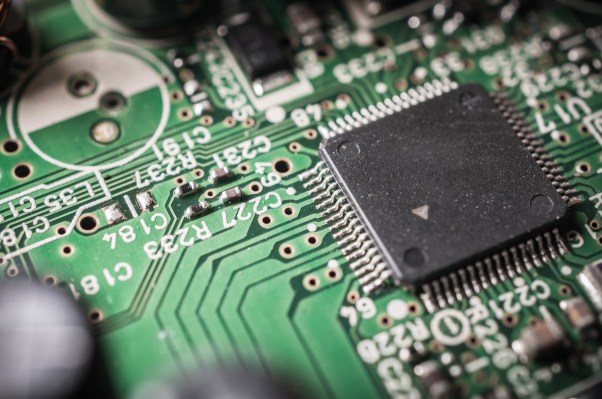 European Union lawmakers have today presented a Chips Act: Their plan, trailed last fall, to bolster regional sovereignty in semiconductor production and supply chain resilience through a package of targeted support for chip production inside the bloc, including in areas like R&D and via funding for startups and scale-ups working on cutting edge tech in the sector.

The proposal also includes a loosening of strict EU state aid rules that will allow Member States to provide financial support to novel “first of a kind” chip fabs.

The overarching goal for the regulation is to ensure continued access for the EU to the high tech chips now needed to power all sorts of machines and devices.

“Chips are at the centre of the global technological race. They are, of course, also the bedrock of our modern economies,” said EU president, Ursula von der Leyen, in a statement on the proposal which links the slow pace of the EU’s post-pandemic economic recovery to the global shortage of chips, itself triggered by rising demand outstripping supply.

The Commission wants to more than double the bloc’s share of global chip production to 20% by 2030 — up from the 9% currently.

It said it hopes the Chips Act will lay the foundations for a thriving semiconductor sector — “from research to production” — while recognizing that Europe can’t go it alone, so the regulation will also work to foster greater resilience in access to global supply chains by strengthening partnerships with other chip producing regions, such as the US and Japan. Hence von der Leyen’s talk of “balanced interdependencies” (albeit state aid for local chip production may risk some trade tensions).

In terms of financing, the EU is already mobilizing more than €43BN in public and private funding to support broader policy goals (around digitalization, the green transition and European R&D) but the Commission said €11BN in EU public funds will be “directly provided” for semiconductor capacity support — under a “Chips for Europe Initiative” in the Act — which it said would be used to finance “technology leadership in research, design and manufacturing capacities up to 2030”.

There will also be funding specifically ringfenced for startup innovation around semiconductors — in the form of a dedicated “Chips Fund” to help European startups access finance to fund R&D and attract investors.

A dedicated semiconductor equity investment facility (under InvestEU program) will also support scale-ups and SMEs with market expansion, per the Commission.

It said expects Chips Act “support equity” for startups and scale-ups in the sector to reach €2BN.

A planned framework to ensure security of semiconductor supply in Europe by attracting investments and enhanced production capacities will also seek to drive innovation and investment in areas such as advanced nodes and energy efficient chips —  areas where the Commission may also hope to encourage startup innovation.

Other measures in the Chips Act proposal include a co-ordination mechanism between the Commission and Member States for monitoring the supply of semiconductors, estimating demand and anticipating the shortages. And the EU’s executive is encouraging Member States to make an immediate start on co-ordination efforts, rather than waiting for the Act to be passed.

There is no timeframe being provided publicly for when the regulation might be adopted as yet, given the European Parliament and the Council, the EU’s co-legislators, will need to weigh in and agree on the detail before it can be adopted as pan-EU law.

Commenting in a statement, Margrethe Vestager, the Commission EVP who heads up the digital strategy, said: “Chips are necessary for the green and digital transition — and for the competitiveness of European industry. We should not rely on one country or one company to ensure safety of supply. We must do more together — in research, innovation, design, production facilities — to ensure that Europe will be stronger as a key actor in the global value chain. It will also benefit our international partners. We will work with them to avoid future supply issues.”

In another supporting statement, Thierry Breton, the EU’s internal market commissioner, added: “Our objectives are high: Doubling our global market share by 2030 to 20%, and producing the most sophisticated and energy-efficient semiconductors in Europe. With the EU Chips Act we will strengthen our research excellence and help it move from lab to fab — from the laboratory to manufacturing.

“We are mobilising considerable public funding which is already attracting substantial private investment. And we are putting everything in place to secure the entire supply chain and avoid future shocks to our economy like we are seeing with the current supply shortage in chips. By investing in lead markets of the future and rebalancing global supply chains, we will allow European industry to remain competitive, generate quality jobs, and cater for growing global demand.”

More details on the EU proposal — including which types of chip fabs are intended to qualify for state aid rules breaks — can be found in this Commission Q&A.