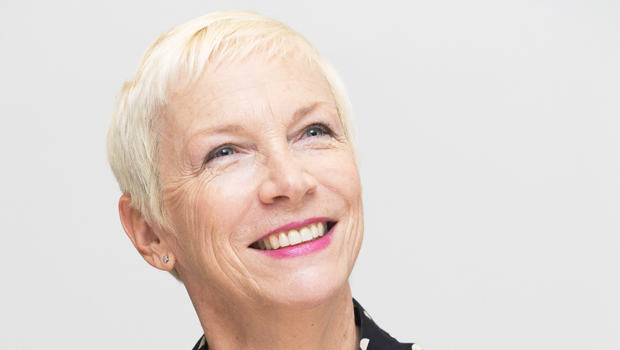 Annie Lennox took to Instagram to give a shout-out to the Twitter user who started a trend by sharing a photo of her and asking users who she was.

Annie Lennox, 67, is embracing the aging process and being cheeky about it as well! The Eurythmics singer took to Instagram to respond to a Twitter trend that had fans defending her after a man named Jason Strummer posted a recent photo of her and asked, “Without looking it up – who is this?” In addition to a message to Jason, she posted a close up selfie in which she was posing in a camouflaged top and clear-framed glasses while standing near some green leaves.

“Greetings Jason Strummer! ( any relation to the late great Joe?) Apparently you created a twitter trend with your inquiry as to who this person was… THIS person.. 😂!! So can you tell the difference between the person in camouflage and the plant?? Ah HA!!! Let’s create another twitter storm shall we?!!! )Ageing but still raging! Blessings and love…,” she wrote in the caption.

It didn’t take long for Jason to respond and admitted he was shocked the legendary artist replied. “I’m gobsmacked. Annie Lennox spoke my name. I’m kinda shaking. Thank you so much for this. I will be setting up an Instagram so I can respond. Wow,” he wrote.

It appears that before Jason’s tweet went viral, he would often post pics of various other celebrities and ask the same question he did on Annie’s pic. Once he realized all the exposure he was getting, he admitted that he couldn’t believe his “silly little game” got so much attention.

Before Annie, who gained success in the 1980s as part of the Eurythmics,  responded to the Twitter trend, she posted a different close-up photo of herself to publicly talk about Russia’s tragic invasion of Ukraine.

“Dear friends… Like so many people I feel shocked and devastated by the events in Ukraine. Perhaps, like me, you are wondering what you can do,” she wrote before encouraging people to donate to The Red Cross. “With years of experience in these emergency situations, I would absolutely recommend any donation you can offer them.. no matter how small or large. I’ve also just discovered @rescueorg who do brilliant work with refugees..Take a minute to check them out.”

“It really hurts to think of families being displaced and having to flee with only rucksacks on their backs,” she added. “It is monstrous and barbaric that entire populations of ordinary people are being violated in this way. The best we can do is to at least donate to organisations who can mobilise and support.”