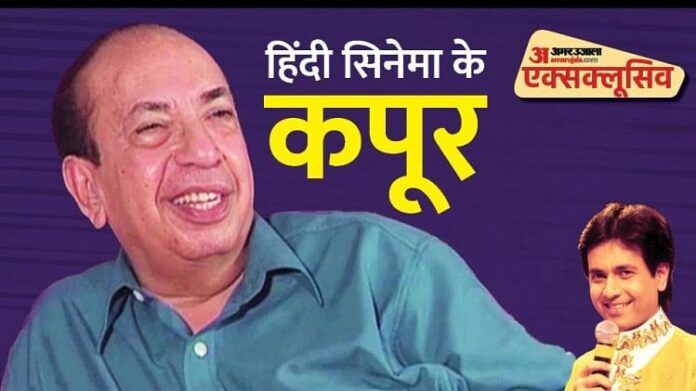 Padma Shri awardee from the Government of India, playback singer Mahendra Kapoor never celebrated the success of the songs of his hit films. He believed that everything is happening by the grace of the almighty. After the success of the film or the songs of the film, he would go to the temple and share his happiness with his presiding deity and sit there chanting mantras for a long time. In the life of Mahendra Kapoor, his senior singer Mohammad Rafi has had a lot of influence. The voices of both were also very similar. Together they had decided that they would never sing together. But, a stubbornness of producer, director, actor Manoj Kumar made these two great singers merge in one song. Mahendra Kapoor followed the life-long teachings of Mohammad Rafi Sahab, who was always connected to character, riyaz and land. On the eve of Mahendra Kapoor’s birthday, ‘Amar Ujala’ had a long conversation with his son Rohan Kapoor.

When you regained consciousness, how did you first come to know that your father is such a famous singer?

When we used to go to school then it was never known that daddy was such a great singer. We used to think that our dads are going to work just like everyone else’s dads go to work. This is about those days when I was studying in class VI. My real name is Sanjeev. One day the principal said, ‘Sanjeev, will your father be the chief guest at our school function?’ Cricketer Farooq Engineer was also scheduled to attend the event. I thought why do these people want to honor my daddy? When daddy came to the event, hundreds of students from the school ran after him to meet him. All the teachers, the principal were all respecting daddy. I was wondering what is happening? Teachers often used to mention the songs sung by daddy that I saw such and such song in the movie which your daddy sang. Then I slowly realized that daddy is a really big personality.

What was the first song you heard your father play on the radio and any memories of that song?

My entire childhood was spent in a musical atmosphere. When mother used to wake up at six in the morning, by that time daddy’s riyaz would have started. Talat Mahmood used to stay at our house. By the time he returned from school, music gatherings with Ustad Niaz Ahmed Khan had already taken place. Sarmag was heard in our house for 24 hours. There was no TV then, otherwise we used to listen to the radio while having food. Can’t remember exactly which was the first song I heard on the radio. I was born in 1965. On regaining consciousness, I heard the song ‘Mere Desh Ki Dharti’ from the film ‘Upkar’. For this Daddy received the National Film Award. And, if handled, the song of ‘East and West’ ‘Bharat ka rahe wala hoon, Bharat ki baat sunata hoon’ had become the song of the era.

Mahendra Kapoor got many awards before and after your birth. Was there ever any celebration at home regarding these awards?

You will be surprised to know that daddy never celebrated such things. He believed that a person should keep doing his work, the future is in the hands of the owner. He just insisted on practice. My mother told me that my father was a great devotee of Hanumanji and Shivji. When the film ‘Humraaz’ became a hit, its songs (‘Kisi Patthar Ki Murat Se’, ‘Na Munh Chupa Ke Jeeyo’ and ‘Neele Gagan Ke Tale’) were played on the radio all day long. To thank him, he reached the Markandeshwar temple in Worli at 4 in the morning and kept chanting Nirjal while sitting in a corner of the temple till 4 in the evening. He never asked anything from God. He said what to ask for? He himself is our father. He knows what we need.

Mahendra Kapoor received three Filmfare Awards for Best Singer. If seen in these three songs ‘Chalo Ek Baar Phir Se’, ‘Neele Gagan Ke Tale’ and ‘Aur Nahi Bas Aur Nahi’, then in a way the vast range of his singing is also known. What do you say about this?

Very few singers will see the way he sang. The song ‘Bhool Sakta Hai Bhala Kaun Yeh Pyaari Aankh’ from the film ‘Dharmaputra’ (1961) was a very popular song of its time. The song ‘Aap Aaye To Khayal E Dile Nashad Aaya’ from the film ‘Gumrah’ (1963) and the song ‘Aaj Ki Raat Muradon Ki Baaraat’ from ‘Dharmaputra’..! His voice in these songs is as soft as cotton. And, suddenly listen to ‘Mere Desh Ki Dharti Hai’ and you will not feel that it is the same singer. Such diversity is found in very few singers. He also sang with love and when it was his turn to roar, no one could roar louder than him.