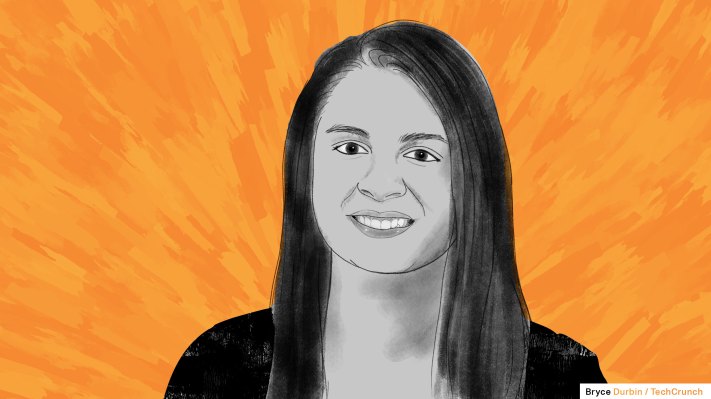 Like many startup founders, Anjali Jindal Naik, co-founder and COO of autonomous sidewalk robot maker Cartken, was raised by entrepreneurs. Her parents owned a furniture store in North Carolina, and Naik spent much of middle school and high school helping out with managing warehouse deliveries, an experience that would later inform her current pursuits.

When she graduated from university, Naik’s father gave her some advice: Start your own business; don’t work for somebody else.

Naik followed her passion for Bollywood music and built her first company, Saavn, a successful distribution and streaming service for Indian and Bollywood music and content. At Saavn, Naik realized she liked to push the envelope with emerging tech and experiment with achieving product-market fit. Back in 2005, that meant working on ringtones for mobile phones, and even trying, and failing, to stream Indian concerts to mobile phones in the U.S.

Naik went on to handle operations and product for a number of companies, including, most notably, Google Express, a shopping service from Google that has since been swallowed by Google Shopping. It was there that she met the engineers over at the company’s Area 120 incubator for experimental products, Jake Stelman and Christian Bersch, who would later go on to become her co-founders at Cartken.

Stelman and Bersch worked on Bookbot, a sidewalk delivery robot that would deliver books from libraries. The project, and its pilot at Mountain View Library, was short-lived for business and political reasons rather than hardware or tech reasons – the robot reportedly operated quite well.

Sidewalks, to us, seem like the best way to get to an origin and an end destination. So that’s kind of where we’ve landed. Anjali Jindal Naik

That was in 2018. Cartken was formed the following year.

Since then, Cartken has started pilots with Reef Technology to bring food from Reef’s network of delivery-only kitchens to customers in Miami, with Erasmus University in Rotterdam to delivery convenience store items to students, and with Mitsubishi to provide indoor and curb-side delivery for Starbucks customers at a popular mall in Japan.

We sat down with Naik to talk about the benefits of graduating from a tech giant like Google, the rising demand in the robotic sidewalk delivery space, and how a baseline of strong tech can enable new form factors.

The following interview, part of an ongoing series with founders who are building transportation companies, has been edited for length and clarity.

TechCrunch: What’s your biggest takeaway as a startup that’s broken away from a larger parent company like Google?

Anjali Jindal Naik: When you do something under a larger umbrella, like Google, you do a lot of testing, trialing and prototyping. But I don’t know if it necessarily gives you the push that says, “Okay, let’s take this out to market and really move away from the safety net of doing this within a larger company.”

I think it’s nice to start a project in there. But if you really want to get the feeling of true entrepreneurship, going out on your own and maybe taking some of the knowledge and the tests that you’ve done, and creating something totally new outside of that umbrella is actually the best of both worlds. It gives you a little bit more confidence that what you’re putting out in the market has had some validation beforehand.

I don’t think we’ll ever escape the Google alum title. It is a core part of our story.

There’s a lot of debate in the industry about the best form factor for autonomous delivery. Why do you back sidewalk delivery?

I think being on the bike path or even on the road creates some barriers to entry. Sidewalks, to us, seem like the best way to get to an origin and an end destination. So that’s kind of where we’ve landed.

We have spent a lot of time working on our form factor to make sure that it’s not cumbersome and not a nuisance on the sidewalk to strollers, wheelchairs and others that need to share the sidewalk, but that there’s enough compartment storage to transfer whatever goods we need to transfer.