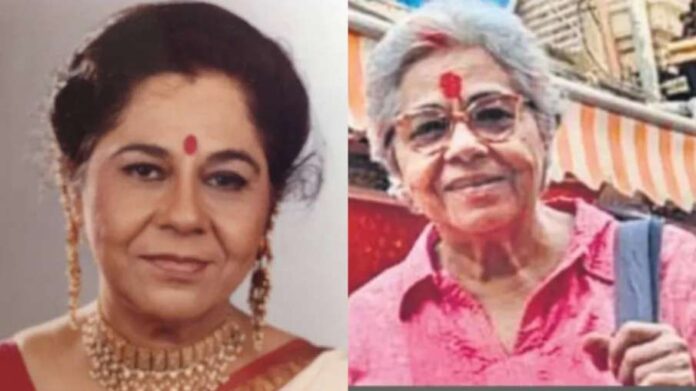 New Delhi: A shocking news has come out from the cinema world. An actress has been killed by her own son. After which he also disposed of the mother’s body. But now the son has been arrested. Yes! Famous actress Veena Kapoor has been murdered by her own son. The son of the actress has committed the crime out of greed for the property. Son killed 74 year old mother over land dispute. After killing the mother, the 43-year-old accused son dumped the body in the river so that she could escape from the police. The people of the entire industry are shocked at this news.

After this incident came to the fore, actress Neelu Kohli has written a long note on social media. Reading which it is clearly visible that even Neelu Kohli is heartbroken by this news. He wrote a long post on social media and told about the incident. He wrote, ‘Veena ji went very wrong with you. My heart is broken hearing this. What should I say? There is no word. You struggled for many years. may your soul rest in peace.’

The property battle was going on for a long time

Please tell that according to the information revealed by the police, Veena has two sons. The killer, Sachin, was unemployed for several days and lived with his mother in a four-bedroom flat in Juhu’s Kalpataru Society. Apart from this, the actress also has an elder son who is a software engineer in USA. This son had lodged the missing complaint of the mother. As she was not receiving his calls for many days, on asking the watchman of the house, it was found that she was not even in the house. After this, when the police started the investigation, all the secrets were revealed from the call data.

There was a fight, then killed, the dead body was thrown in the river

The police have arrested Sachin. Sachin has accepted his crime. After which the police working the case speculate that Sachin initially assaulted his mother in the apartment and struck her over the head with a baseball bat in a fit of rage. After this, the body was put in a plastic bag and then in a cardboard box. Police said that he sought the help of the domestic servant in this crime and dumped the body in the river.