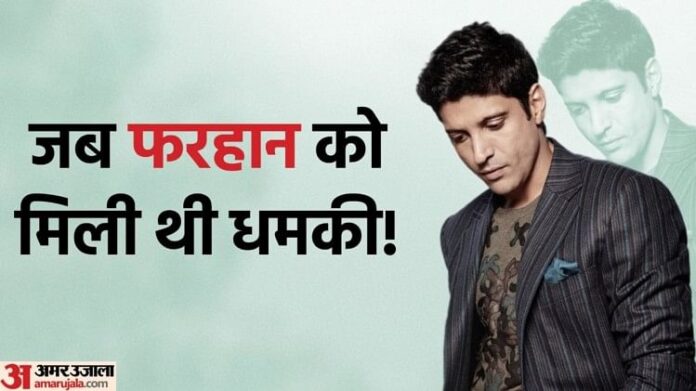 Mother threatened to throw her out of the house


Please tell that Farhan Akhtar is a college dropout. After this he sat at home for almost two years and used to watch movies all the time. Regarding this, Farhan Akhtar told in an interview that his mother was very upset about this. He threatened to throw Farhan out of the house. Due to this fear, Farhan started writing stories like his father and then he wrote the story of the film ‘Dil Chahta Hai’. The actor made his directorial debut in 2001 with Dil Chahta Hai. The film was a super hit in theatres. Even the film got the National Award. After this film, the actor also directed Lakshya in the year 2004. Both the films were highly appreciated.

Read this also- Honey Singh: Honey Singh praised Urfi Javed, said, ‘All the girls of the country should learn from her’


As everyone knows that Farhan Akhtar is a multi-talented actor. Apart from being an actor, he is also a good singer. The actor made his acting debut in the year 2008 with the film Rock On. The actor also sang songs in this film. Farhan Akhtar also received many awards for the film. People praised his acting and excellent songs a lot. After this he did many films like Luck by Chance, Zindagi Na Milegi Dobara, Bhaag Milkha Bhaag, Sky is Pink and Karthik Calling Karthik.

Read this also- B-Town: Apart from Kiara-Siddharth, shehnai can also be played at the house of these celebs this year, wedding preparations are going on


Farhan Akhtar told during an interview that he watched Dharmendra and Amitabh Bachchan starrer Sholay 50 times, but he was not particularly impressed with the film. Farhan says that he liked Amitabh Bachchan’s film Deewar very much.