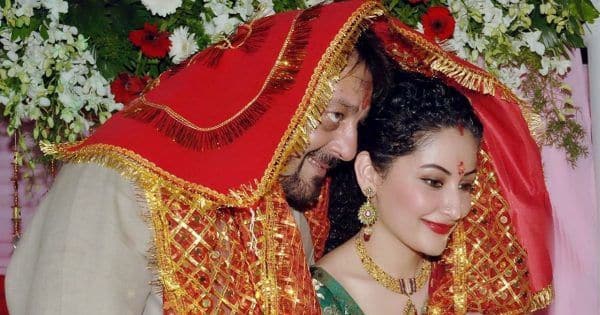 Sanjay Dutt and Maanayata have completed 13 years of marriage on February 11. The two got married in 2008 and have twins Shahraan and Iqra, who were born in October 2010. The couple have fought many battles together and overcame every hurdle in life. From court cases to cancer treatment, the two have braved it all. But everything was not hunky-dory when Maanayata was married into the Dutt family, who were reportedly reluctant to accept her because of her background. However, nothing could rattle her and Maanayata remained unperturbed as Sanjay stood by her through every thick and thin. Also Read – Trending Entertainment News Today: Farhan Akhtar-Shibani Dandekar’s 3 wedding venues, Sushmita Sen-Rohman Shawl to reconcile and more

Addressing the chatter about not getting acceptance from the Dutt family, Maanayata had told IANS in an interview, “I know people say these things, but what I want to say is that I have the right to live with my husband the way I want to. It doesn’t matter whether it’s a prostitute or a princess, a wife has certain rights in her husband’s home. I’m not a man living in a woman’s house. Sanju knows I’ve tried to do as much as possible in my capacity to find acceptance with his sisters. Beyond that, he wouldn’t like me to push myself to try any further. Neither would I.” Also Read – Badhaai Do, Bachchan Pandey, KGF 2, Beast and 5 more Bollywood and South biggies that have booked 2022 holiday weekends

Defending the allegations of getting married to Sanjay Dutt because of his bank balance, Maanayata had said, “Sanjay never understood the nitty-gritty of finances. And if he hasn’t accumulated a huge bank balance, it isn’t because he hasn’t earned money. He did, but he lost all of it. There were too many people around him trying to use him. I came like a barricade in Sanju’s life to stand between him and those who want to use him. Naturally, these fair-weather friends resent me. I spoiled their party, you see.” Also Read – World Cancer Day 2022: Sanjay Dutt, Tahira Kashyap and more Bollywood celebs who bravely fought the deadly disease

Despite this, Maanayata never spoke ill about the Dutt family and she never even nagged Sanju for anything. “Let people draw what conclusion they want. I know what I’m doing in Sanju’s life. I’m a silent observer. I know exactly who I want in life. I’ll stand by them even when they are disowned by the world,” she had said.

She had also openly addressed Sanjay Dutt’s views on women should keep their maiden name post marriage. “Sanju would’ve been offended and insulted if I had continued using my father’s name. Having married a man who takes care of all my needs, I’d like to accept his name with full honour and take charge of his home and accept his family as my family. If you can’t accept your husband’s name and family then why marry? Go in for a live-in relationship,” she concluded.