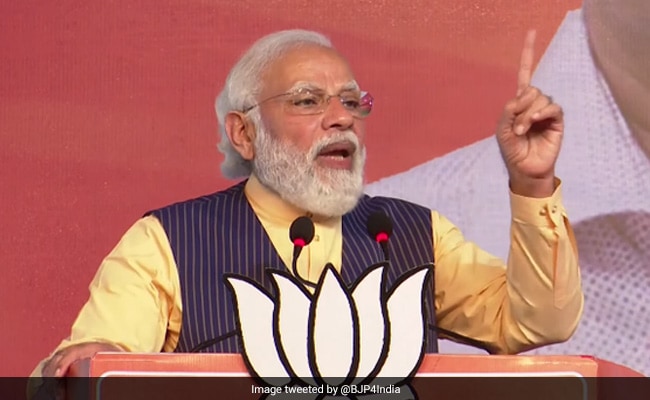 “They (people) will never want a government which does not have a vision or agenda,” PM Modi said (File)

Taking a veiled swipe at the TMC and AAP, Prime Minister Narendra Modi on Thursday said some political parties are treating Goa only as a launch pad for their own ambitions.

The prime minister was addressing a public meeting at Mapusa in the state ahead of the February 14 Goa Assembly polls.

The Trinamool Congress and Aam Aadmi Party have emerged as new political players in the state where traditionally Congress and the BJP were the two major, national-level parties in the fray.

“Some political parties are treating Goa as a launch pad for their own aspirations without knowing anything about Goans and Goa,” PM Modi said in the speech.

These parties do not know that people of Goa want a government that will work for them, he added.

“They (people) will never want a government which does not have a vision or agenda. These parties do not understand Goa, they have come here but they are in the dark about what announcements they should make,” the prime minister said.

That was why they were promising in their manifestos things which the BJP government has already accomplished, he claimed.

The people of Goa have asked these parties not to bring their “culture of violence and riots” here, Modi further said.

Over the last few years, the country has seen family-oriented parties, caste and creed-specific parties, person-centric parties, and then they have also seen the BJP “whose biggest strength is its workers,” the PM said.

For the BJP, power is not meant to be used for personal benefit but is an opportunity to serve the country, he added.