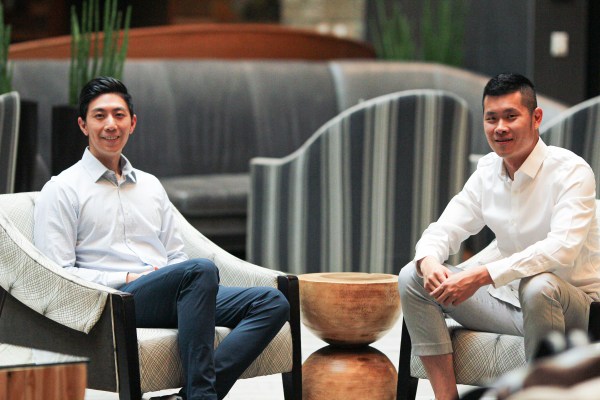 Companies across the board are fighting to recruit and retain employees as the war for talent rages on. Employee benefits are no longer viewed as a cookie-cutter, standard set of offerings — rather, they are valuable tools employers can use to differentiate themselves from competitors and attract top candidates.

Corporate benefits have typically been deployed to employees through a top-down model where companies determine what their employees need, which is inefficient both for employers and employees, Fan said. Forma’s core mission is to flip that relationship by designing employee-first benefits programs, he added.

The startup participated in AngelPad’s three-month startup accelerator program in 2018, shortly before TechCrunch reported that the company had $265,000 in annual recurring revenue (ARR). In the past year, Forma has increased its revenue 4x and grown its customer base by 330% to over 125 companies today, co-founder and CEO Jason Fan told TechCrunch in an interview, though he declined to provide further detail on the company’s revenue. Forma’s customers include Twitch, Stripe, Zoom, Lululemon, Palo Alto Networks, and Square, and the company says it has a 99% customer retention rate.

Forma partners with providers to offer benefits in six broad categories — family & relationships, education & career, wellbeing & lifestyle, basic health & protection, money & wealth, and work & performance, Fan said. Forma’s customers can design the benefits program they’d like to bring to employees by picking and choosing offerings from these categories based on their internal budget and strategy, he explained.

To implement a benefits program, Forma needs to know a company’s budget and its preferences on how and where its employees will be able to spend that budget, Fan said. The company can then design a benefits program “pretty much only limited by [its] imagination,” he added. Wellness, work-from-home, and caregiving support programs are some of the most popular offerings among Forma’s clients, but customers can opt to provide less common benefits, too, such as electric vehicle charging credit, which Fan said one Forma customer is offering employees as part of an initiative to lower its carbon footprint.

“For the employer, there’s actually a ton of flexibility, because before [Forma], they were working with single individual program providers one at a time. Now, they don’t have to do procurement renewals or individual contracting anymore, [they] get to really design the strategy behind the scenes,” Fan said.

Once a company defines the details of its employees’ benefits spending accounts with Forma, employees can use the funds in two ways. The first is on Forma’s curated marketplace of over 250 benefits products, which are typically offered at a 10 to 30 percent discount to retail prices, according to Fan.

“We proactively contract and work with program providers, benefits providers, service providers, and we embed these solutions into the marketplace,” Fan said. “We give employees the chance to pick and choose based on their needs, and sometimes we bundle up [services] and personalize the experience so that employees can find out about programs that they otherwise wouldn’t have, right before coming in. We also allow the companies to let us know which types of solutions that they’d like to see, so we expand that marketplace both ways.”

The second option is for employees who want to spend their benefits budget outside of the marketplace. In that case, Fan said, the company issues a pre-programmed debit card, which allows employees to shop anywhere a Visa card is accepted, spending their benefits allowance much like a consumer. 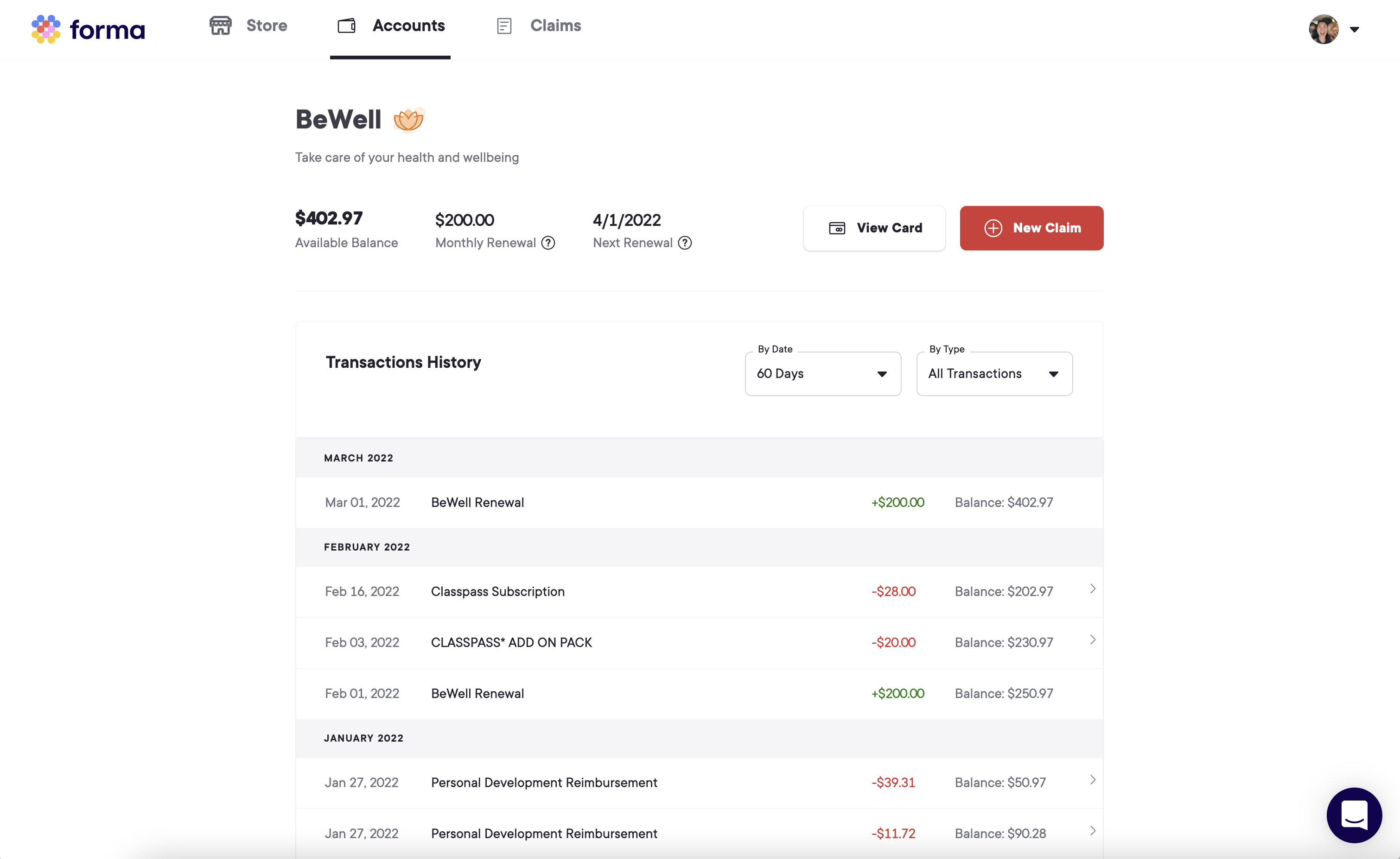 Forma announced it has raised $40 million in Series B funding led by Ribbit Capital, with participation from all of its existing investors, including Emergence Capital, Stripe, Designer Fund, Upside Partnership, and AngelPad. Angel investors including Shopify founder Tobias Lutke and Airbnb founder Joe Gebbia also participated in the round. Forma last raised $15 million from Emergence Capital in its 2020 Series A round, as well as $2.5 million from Stripe and Upside Partnership in 2019.

The company plans to use the capital to grow its product offerings and double its team size by 2023. It has already scaled its employee base from 22 people at the beginning of last year to around 140 today, Fan said.

The company plans to launch some of these pre-tax products later this year, starting with the examples Fan noted and eventually moving into offering healthcare, dental, and vision insurance benefits as well as retirement savings plans.