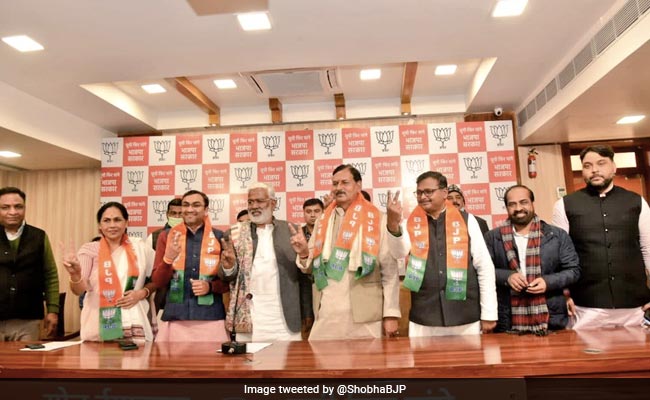 Mr Mishra was the secondary education minister from 2007-2012 in the BSP government headed by Mayawati.

A warm welcome& extending wishes on a new beginning for a New UP.#यूपी_मांगे_भाजपाpic.twitter.com/OOMy67ypsW

Union minister Shobha Karandlaje was present on this occasion.

UP BJP chief Swatantra Dev Singh welcomed the leaders into the party fold.