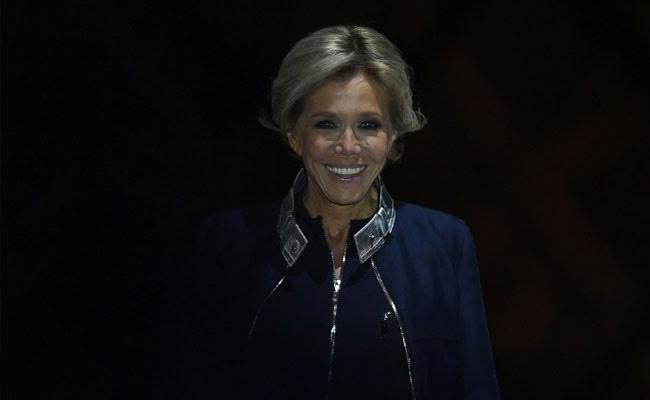 Brigitte Macron, the First Lady of France, has also filed a complaint for libel. (File)

Brigitte Macron, France’s first lady, has filed a lawsuit against two women who claimed she was transgender, sparking a wave of online rumour-mongering weeks ahead of her husband’s expected re-election campaign, a legal source said Friday.

A first hearing has been set for June 15 in Paris for civil proceedings that claim a violation of privacy and fundamental personal rights, and illicit use of her image.

A lawyer for Brigitte Macron, Jean Ennochi, told AFP that she and her brother, Jean-Michel Trogneux, had also filed a complaint for libel, a charge that could spur prosecutors to open a criminal case.

The legal action was first reported by M6 television, which said it was co-filed by Brigitte Macron’s three children from a previous marriage as well as her brother.

In recent months messages have multiplied on social media claiming that the first lady, formerly Brigitte Trogneux, is a trans woman whose name at birth was “Jean-Michel.”

The two women targeted in the lawsuit, one a self-proclaimed spiritual medium and the other an independent journalist, posted the rumour along with pictures of the first lady and her family on YouTube in December.

Emmanuel Macron’s office did not respond to requests for comment.

The president’s relationship with his wife 24 years his senior, whom he met while she was a teacher and he was still a teenager, is periodically a source of media attention in France and abroad.

It is not the first time that the couple has been targeted by rumours about gender or sexual orientation: During the 2017 presidential campaign, Emmanuel Macron denied claims that he was gay.