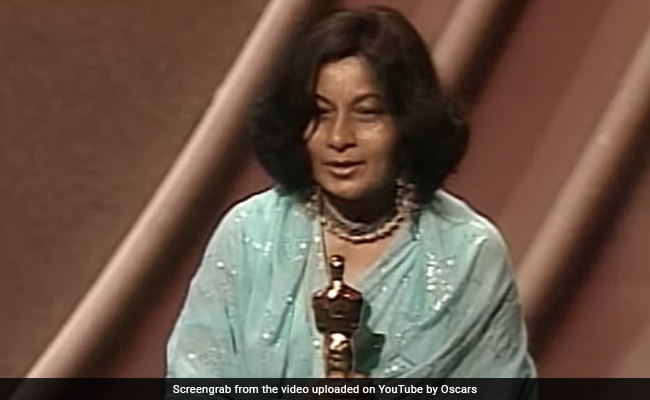 To call the Academy Awards the most prestigious awards of the film industry all over the world would not be an exaggeration. Oscars are organised annually by The Academy of Motion Picture Arts and Sciences to recognise and award excellence in motion pictures and connect the world using films as a medium. Oscars also play a magnificent role in bringing Indian cinema to the international platform. Since 1957, India has been sending films, documentaries or short movies to the Academy of Motion Picture Arts and Sciences. Not many motion pictures from our country have bagged the golden statuette but they surely have made the nation proud.  It all started with Mother India, which was India’s first submission and was nominated in the Best International Feature Film category. The film featured late actress Nargis in the lead role.

Coming back to the present time, at the 94th Academy Awards, the Indian documentary Writing With Fire, which is directed by Rintu Thomas and Sushmit Ghosh, earned an Oscar nomination. It bagged a nod in the Best Documentary Feature category. Writing With Fire shows the story of a group of journalists running the Dalit women-led newspaper Khabar Lahariya and what challenges they faced while shifting from print to digital journalism.

To acknowledge the achievement of Writing With Fire, let’s take a look at the Indians who brought home Oscars wearing wide smiles.

Who can forget Bhanu Athaiya, the first Indian to win an Oscar? She made the country proud by winning an Academy Award for Best Costume Design for her work in the 1982 film Gandhi. However, several years before her demise in 2020, Bhanu Athaiya returned her award to the Academy of Motion Picture Arts and Sciences so that it can be kept safe.

Master of gripping stories in the Indian cinema, revolutionary filmmaker Satyajit Ray was awarded an Honorary Oscar for Lifetime Achievement in 1992 for changing the trend in Hindi, as well as, Bengali cinema. However, at the time, the renowned filmmaker wasn’t well and was hospitalised. Therefore, he gave his acceptance speech via live feed.

When the history of Oscars will be written, Danny Boyle’s Slumdog Millionaire will surely occupy a significant place. The move, set in Mumbai, featured several Indian and Indian-origin actors like Dev Patel, Anil Kapoor, Freida Pinto and late actor Irrfan Khan. A R Rahman composed music for the film with Gulzar and M.I.A. At the 81st Academy Awards, the music maestro won two Oscars – one for the original score and another for the song Jai Ho. This wasn’t the first time A R Rahman made his name at the Oscars. He was previously nominated in the Best Original Score category for 127 Hours, also directed by Danny Boyle, and for the film’s song If I Rise in the Best Original Song category.

As mentioned above, Slumdog Millionaire also fetched renowned lyrist Gulzar an Oscar for the Best Original Song – Jai Ho. The track is considered a flag-weaving anthem in the country.

The year 2009 was also very lucky for sound designer Resul Pookutty, who won an Oscar for Best Sound Mixing for his work on Slumdog Millionaire at the 81st Academy Awards. He has worked on several Hindi, Malayalam and British films.

For this year’s Oscars, Tamil director PS Vinothraj’s Koozhangal was also India’s official entry to the Academy Awards but it did not make the shortlist.