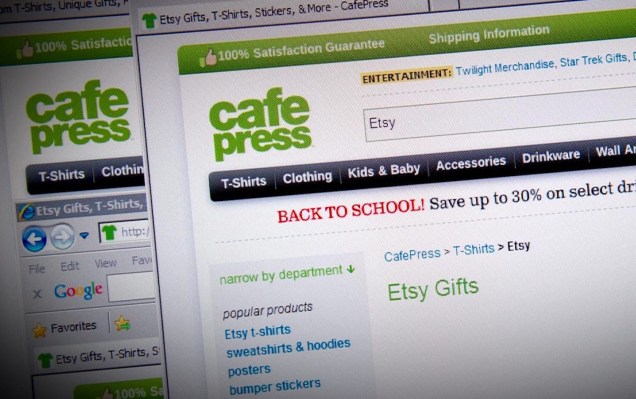 The U.S. Federal Trade Commission has proposed a settlement that will fine the former owner of U.S. custom clothing and merchandise retailer CafePress $500,000 for attempting to cover up a 2019 data breach that exposed the sensitive data of millions of users.

In a complaint filed against former CafePress owner Residual Pumpkin Entity and current owner PlanetArt, the FTC says the company didn’t disclose the data breach until September 2019, a month after it was widely reported in the media. While CafePress had patched the vulnerability used by the hackers, the company failed to properly investigate the incident for several months, according to the FTC, and continued to allow consumers to use the information exposed in the hack to log into their accounts.

CafePress was aware that it had data security problems prior to the 2019 data breach, too. According to FTC’s complaint, the company discovered that some shopkeepers’ accounts had been hacked through at least January 2018, an incident which led to CafePress closing the compromised accounts and charging the owners a $25 account closure fee.

The company’s network was also hit by several malware infections before the 2019 security breach which the company failed to properly investigate, the FTC says, and it also “misled users by using email addresses for marketing despite its promises that such information would only be used to fulfill orders consumers had placed.”

As part of the settlement, Residual Pumpkin and PlanetArt will be required to roll out comprehensive information security programs that will address the problems that led to the data breaches at CafePress. This will include replacing inadequate authentication measures, such as security questions, with multi-factor authentication methods, minimizing the amount of data it collects and retains, and encrypting Social Security numbers.

Spokespeople for Residual Pumpkin and PlanetArt did not respond to requests for comment prior to publication.