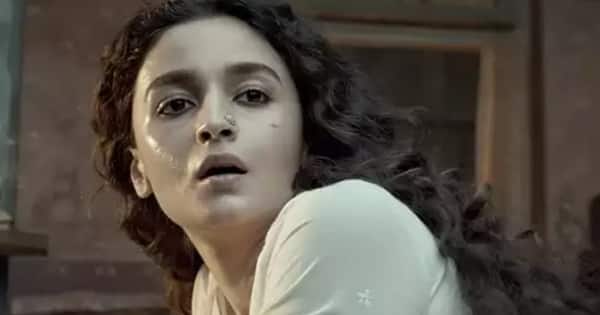 Alia Bhatt and Ajay Devgn starrer Gangubai Kathiawadi is all set to make it to the theatres on February 25. The film is helmed by Sanjay Leela Bhansali. The trailer of the film recently made it to the internet and it added to the anticipation and excitement of fans for Gangubai Kathiawadi. Now, here’s a good news for the makers and fans. The film has received a green light from the Censor Board. Gangubai Kathiawadi has received a U/A certificate but the censor board as demanded 4 cuts in the film. Also Read – Tejasswi Prakash-Karan Kundrra, Katrina Kaif-Vicky Kaushal and more: Here’s how these 6 latest celeb jodis will celebrate Valentine’s Day 2022

The censor board has reportedly demanded deletion of two scenes and the replacement of words in a couple of dialogues. Apart from these, the censor board has also demanded alteration in the scene that has reference to Jawaharlal Nehru. The scene that show Jawaharlal implanting a rose in Gangubai Kathiawadi’s hair has been asked to be modified. Also Read – Gangubai Kathiawadi promotions: Alia Bhatt looks breathtaking in THIS white saree with a thin-strap blouse but her pet cat steals our hearts

Gangubai Kathiawadi is based on the life of the Queen of Kamathipura who had extremely strong contacts in the world of crime. Ajay Devgn reportedly plays Karim Lala in the film. Other stars like Vijay Raaz, Seema Pahwa, and Shantanu Maheshwari are a part of the film.

In a chit-chat with BollywoodLife, Alia Bhatt had revealed how she got into the skin of her character for this film. She had revealed that she had consulted a dialect coach and also met a few real-life sex workers from Kamathipura to know about the reign of Gangubai Kathiawadi. The film was earlier supposed to release in the month of January but got pushed as RRR was releasing. But due to Coronavirus, RRR too got postponed. Also Read – Trending Entertainment News Today: Sanjay Raut defends Shah Rukh Khan; Alia Bhatt wants to work with Allu Arjun and more