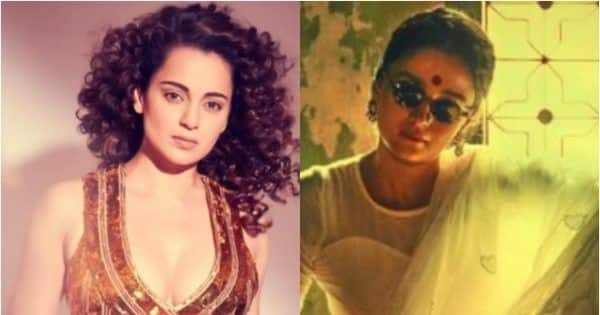 Kangana Ranaut is known for taking digs at other celebrities, and recently she took a dig at Alia Bhatt by calling her a ‘romcom bimbo’, ‘papa kia pari’, and many other things. Everyone knows that Alia starrer Gangubai Kathiawadi is slated to release coming Friday, and Kangana has shared on her Instagarm that ‘200 cr will be burnt to ashes’. While she has not mentioned Alia or the film’s name in her post, it is clear that the actress is taking a dig at the Sanjay Leela Bhansali’s films. Also Read – Trending Entertainment News Today: First pic of Farhan Akhtar-Shibani Dandekar wedding, Vikrant Massey-Sheetal Thakur wedding pics and more

Kangana shared a post on Insta story which read, “This Friday 200cr will be burnt to ashes at the box office… For a papa [movie mafia daddy] ki pari [who likes to keep a British passport] because papa wants to prove that romcom bimbo can act… Biggest drawback of the film is wrong casting… Yeh nahi sudhrenge no wonder screens are going to South and Hollywood films… Bollywood is destined to doom jab tak movie mafia has power…” Also Read – Lock Upp: Kangana Ranaut hosted reality show to mark the comeback of THIS HOTTIE as a contestant

In another post she wrote, “Bollywood mafia daddy papa Jo to who has ruined has single handedly ruined the work culture in the film industry, has emotionally manipulated many big directors and forced his products of mediocrity on their cinematic brilliance, another example will be following soon after this release… People need to stop entertaining him, in this Friday release even a big hero and greatest director are the new victims of his manipulations…” 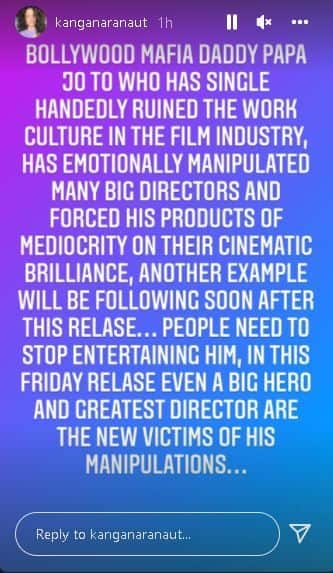 Directed by Sanjay Leela Bhansali, Gangubai Kathiawadi also stars Ajay Devgn in a pivotal role. The trailer and the songs of the film are being liked by one and all. So, let’s wait and watch what response the movie will get at the box office.