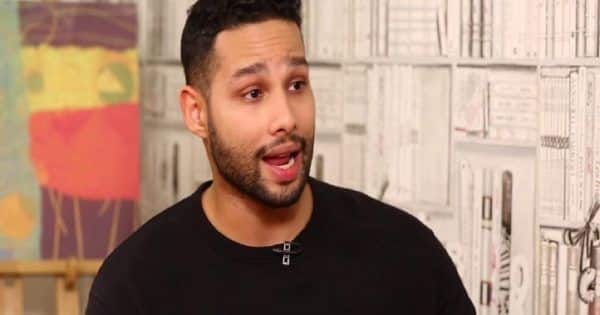 Siddhant Chaturvedi rose to fame with his very first film Gully Boy starring Ranveer Singh. The actor admits that he has come a long way as his journey was not very easy to like every outsider. Recalling his journey the Gully Boy revealed that he was landed in a fake audition. Yes! “I have auditioned for Josh 2, for Eagle gang. There were so many guys standing in a queue and I asked them what’s going on, they said Josh 2 auditions are going on. Then I stood in that line for the whole day but my turn did not come”. The actor further added, ” The next day I went, I was the first one to go there and there was nobody, it was shut. I asked what time will the auditions start, the people who were there told me that there was a fake audition here yesterday. Josh 2 is not being made.” Also Read – Filmy Friday: When Aishwarya Rai Bachchan made her breakup with Salman Khan official and it had something to do with Rani Mukerji

Siddhant Chaturvedi’s second release is Gehraiyaan and the film has received a mixed response, while his chemistry with Deepika is loved by fans. Talking about romancing Deepika onscreen, in an interaction with us said, ” Challenges come with every film, like my first film (Gully Boy), I am not even a rapper. And challenges are the one thing that attracts me the most. I like doing things that I haven’t done before and I like stepping out of my comfort zone. So I don’t choose any roles that I am comfortable with. I want to see my personal growth as well along with growing as an actor. So it can’t get any better than Deepika Padukone, who is a brilliant actress and also my senior. I have learned a lot from her. And I would like to credit Deepika and Shakun for treating me with love and care and made me feel important. Yes, it was difficult to romance Deepika. With me, I look for my character in my co-actor’s eyes and whatever I’ve done, I saw it in Deepika’s eyes only and could do justice to it”. Also Read – Alia Bhatt, Janhvi Kapoor and more Top 5 viral pictures of your favourite celebs trending today

He further added, ” Ranveer Singh (everyone laughs). And he is also a brilliant actor. When I looked into Deepika’s eyes, I saw Ranveer and he told me, ‘Chote, kill it!’ (everyone laughs). I did my first film with Ranveer and I also got to learn a lot from him. I would like to thank Deepika for treating me along with Ananya Panday and Dhairya Karwa like a family. Never made us feel that she is an icon or a big star. She is very simple, she is true to her art, she is like an honest school-going girl who likes to work in a disciplined manner. Her simplicity is her biggest flex. Also Read – Gehraiyaan: Deepika Padukone, Ananya Panday dive underwater in hot bikinis, Siddhant Chaturvedi, Dhairya Karwa give them company – view pics