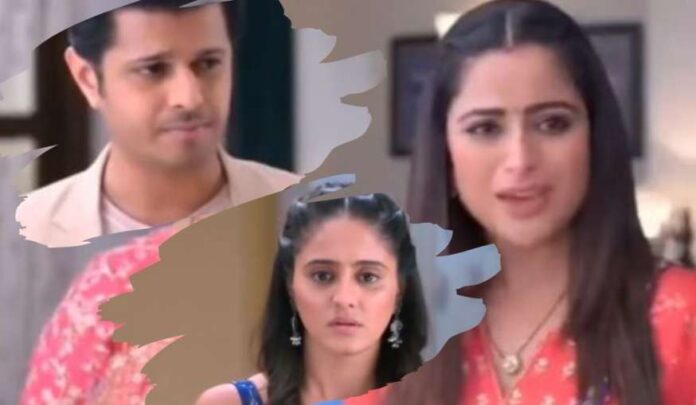 Ghum Hai Kisikey Pyaar Meiin will further see Virat and Pakhi arguing over Vinayak’s admission in Savi’s school. Pakhi forbids Virat from doing so, and also taunts that my son should not come between you and Sai at any cost, but Virat does not listen to her and leaves.

In Ghum Hai Kisikey Pyaar Meiin, Mohit sees Karishma hugging a biker. Not only this, he also checks Karishma’s phone, but then Karishma comes there. She starts fighting with Mohit. On the other hand, Mohit also replies to her that just now I have seen you sticking with the bike guy, so you are fighting so much, what will you do next.

Pakhi also complains to Ashwini and Ninad that after Savi’s arrival everyone has forgotten Vinayak and is ignoring him. However, Ashwini explains to her that Virat has nothing like this in mind, and Sai must have chosen that school after some thought. After the mother-in-law, Pakhi again argues with Virat and asks, “When you already knew about your school, why didn’t you think of this in the beginning itself.”