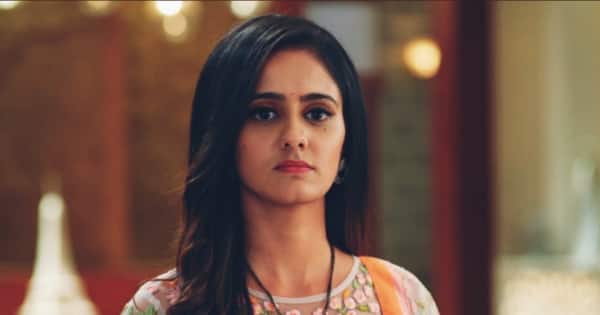 Now, fans are upset and don’t want to see Sai Joshi as ‘abla naari’. They are now trending ‘BRING BACK FIERCE SAI JOSHI’ on social media as they don’t want the makers to reduce Sai’s character to a weak girl. Fans know Sai to be a fierce woman who doesn’t mind going against all odds to support the truth. Sai has always dished out a strong aura since the start. She has often gone against the family members when she felt that they are in the wrong. And now with Virat’s case, though Sai has misunderstood the whole situation, fans don’t want her to apologize to Virat. Also Read – Karishma Tanna-Varun Bangera approached for Star Plus new reality show Smart Jodi [Exclusive]

Fans have voiced their opinions on Twitter saying that the makers should not make Sai apologize to white-wash Virat’s image. Virat had been supporting Sada’s wife Shruti and her kid. He even gave them his name and had been living with them. Virat is on a guilt trip and hence have been taking care of Shruti and Sahas all by himself. Virat took no effort in clarifying the whole situation and hence, fans want Virat, instead, to apologize. Fans have asked the makers to introduce a proper redemption track for Virat. Check out the tweets here: Also Read – TRP Report Week 4: Anupamaa TOPS, AbhiRa magic boosts Yeh Rishta Kya Kehlata Hai ratings, Ghum Hai Kisikey Pyaar Meiin slips down again

She stands up for herself and uplifts others too , doesn’t let anyone abuse her, Sai has been loved for her fierce character, don’t spoil her

Bt there is diff between adjusting n being doormat.
Sai is becoming doormat after falling in love with V who is emotionally cheating her

Can we this Sai back, who play, laugh, and enjoy life with her whole heart ❤

Yeah and dreaming of becoming intimate with Virat..
Like seriously! Virat should be the one who should dream but paagal makers are just crackeddd!!!!
BRING BACK FIERCE SAI JOSHI #AyeshaSingh #SaiJoshi@StarPlus @sidd_vankar https://t.co/50vIlUaEsp

@StarPlus
BRING BACK FIERCE SAI JOSHI #AyeshaSingh
True emotions of every Fan of #SaiJoshi
The Jaan of the Show is being made a mere doormat to show someone as the victim.
NOT DONE . NOT ACCEPTED https://t.co/aACiaPx9hl

In the upcoming episodes of Ghum Hai Kisikey Pyaar Meiin, we will see Sadanand returning. Virat will be super happy with the same, however, Sada will be furious, also mistaking that Sahas is Shruti and Virat’s son.