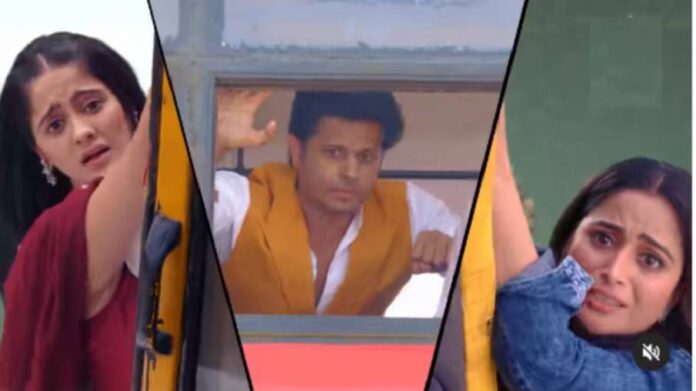 Ghum Hai Kisikey Pyaar Meiin: ‘Gum Hai Kisi Ke Pyaar Mein’ is now tied with ‘Anupamaa’ as the highest rated show on Indian TV. Both got TRP of 2.6. In the coming weeks, we will see that Pakhi (Aishwarya Sharma) may lose her life. Makers have planned a big twist. The bus in which Sai (Ayesha Singh), Pakhi (Aishwarya Sharma) and Virat (Neil Bhatt) are driving meets with an accident. But something is visible in this serious scene that now it has gone viral on social media.

Pakhi or Sai whom Virat will choose

In fact, the latest twist is that while on their way to a picnic, it slides into a mountain and the bus hangs over the edge of a cliff. Virat can now save only one of Sai and Pakhi. It is being said that the story will take a leap. Vinayak will grow up hating his father. But seeing the way this scene has been shot, people are not serious but are making fun of it.

Let us tell you that ‘Gum Hai Kisi Ke Pyar Mein’ is one of the most trolled shows on Indian TV. The makers say that they take it as a token of love from the fans. People have been demanding a new male lead for Ayesha Singh since a long time. At the same time, after this accident, the story seems to be changing completely.

Shivangi Joshi and Randeep Rai dating? Know what the actors of ‘Balika Vadhu 2’ said about their relationship