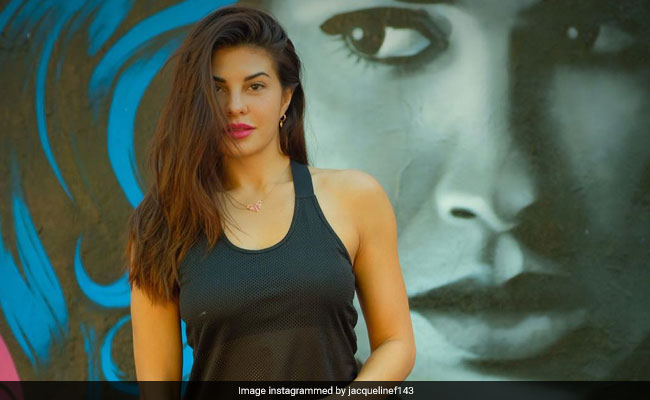 Jacqueline Fernandez was not wrong in any way “except loving without expectations”: Sukesh Chandrashekhar

Weeks after his photos with actor Jacqueline Fernandez surfaced online, jailed conman Sukesh Chandrashekhar has claimed that they were “no monetary benefits” involved and that his gifts to her were normal for any relationship.

In a letter released by his lawyer, Sukesh Chandrashekhar said the photos were “sad and disturbing” and that the actor should not be projected “in a bad way”.

“As I have mentioned before, I and Jacqueline were in a relationship, seeing each other, and the relationship was not based on any kind of monetary benefits like the way it’s projected, commented, and trolled in a bad light (sic),” wrote the conman.

“I have gifted her things and done things for her family, are normal things one would do for his loved one in a relationship. It’s personal. I don’t understand why it’s being made such a big deal. At the same time, I would like to again certain that none of this was ‘proceeds of so-called crime’. It’s all from legitimate earnings and the same would be proved in the court of law very soon,” Sukesh Chandrashekhar said.

He also said Jacqueline Fernandez was not wrong in any way “except loving without any expectations.”

Jacqueline Fernandez has been in the media glare over her alleged links with the conman in a Rs 200 crore money-laundering investigation. The actor recently appealed to the media not to publish her photos with Chandrashekhar.

In December, she was questioned for over 10 hours by the Enforcement Directorate over gifts she allegedly received from Sukesh Chandrashekhar, who is accused of swindling and extorting money from high profile people.

She is learnt to have confessed to receiving a 1.5 lakh dollar loan from Chandrashekhar, along with gifts that included a horse worth ₹ 52 lakh, a Persian cat worth ₹ 9 lakh, gem-studded earrings and an Hermes bracelet. She reportedly also “received” a Mini Cooper car which she later returned.

“The relationship has lots of love and respect for each other without any expectations. Kindly requesting everyone to stop projecting her in a bad way, as it’s not easy on her, who has only loved without expecting anything. As I have mentioned before that she has no involvement in the ongoing money-laundering case,” Chandrashekhar’s letter read.