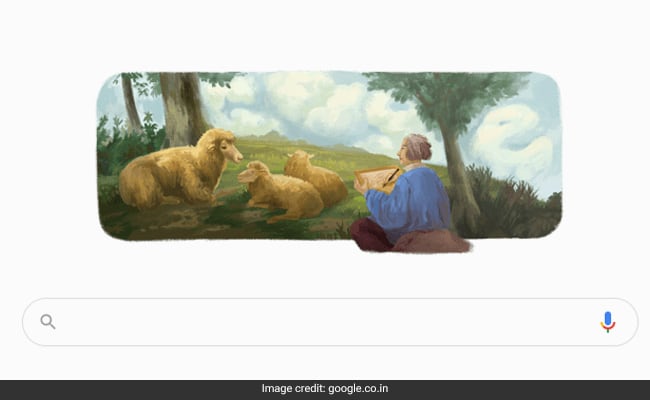 Google today celebrates the 200th birthday of French painter Rosa Bonheur, whose successful career inspired a future generation of women in the arts.

Today’s doodle is an animated image of Rosa Bonheur painting a flock of sheep on canvas.

Rosa Bonheur was born on this day in 1822 in Bordeaux, France. Her early artistic education was facilitated by her father, a minor landscape painter. Although her aspirations for a career in the arts were unconventional for women of the time, Bonheur closely followed the development of artistic traditions through years of careful study and preparing sketches before immortalizing them on canvas.

Bonheur’s reputation as an animal painter and sculptor grew into the 1840s, with many of her works exhibited at the prestigious Paris Salon from 1841 to 1853. Scholars believe an 1849 exhibition of “Plowing in Nivernais,” a government commission that is now housed in France’s Musee Nationale du Chateau de Fontainebleau, established her as a professional artist. In 1853, Bonheur garnered international acclaim with her painting “The Horse Fair,” which depicted the horse market held in Paris. As her most well-known work, this painting remains on exhibit in New York’s Metropolitan Museum of Art.

To honor this celebrated painting, the French Empress Eugenie awarded Rosa Bonheur the Legion of Honor-one of the nation’s most prestigious awards, in 1865.