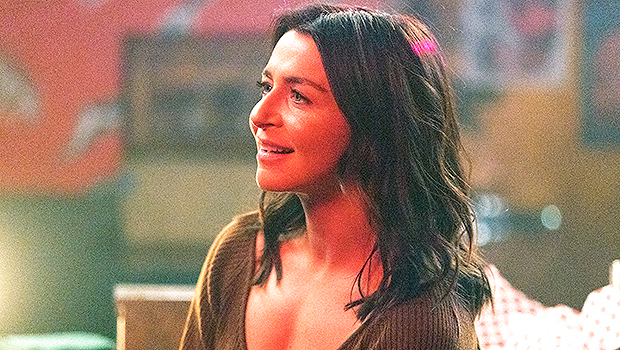 Amelia and Kai got very close as their relationship continued to progress, while Maggie discovered a letter written by her mother on the March 17 episode of ‘Grey’s Anatomy.’

Nick whisks Meredith away for a romantic weekend just the two of them. Winston and Maggie are taking care of the kids while Meredith’s on her trip. Just when things are getting steamy, Nick’s niece shows up with her boyfriend. Charlotte breaks the news that she’s leaving school to travel the world with her boyfriend. Nick is completely furious.

He wants Charlotte to stay in school. Meredith warns that if he keeps trying to control Charlotte, she will rebel. Charlotte later explains to Meredith that she just wants something new and different. She doesn’t think Nick will ever come around to her decision. Charlotte tells Meredith that it’s always Nick’s way or no way. “You’ll see that eventually,” she says to Meredith.

In Minnesota, Amelia and Kai are hard at work. Amelia decides to stick around to spend more time with Kai. They go to a bar to hang out, and Kai ends up performing. Amelia is entranced. Afterward, they end up having sex. Their love-making is effortless and incredibly intimate. Later, Kai walks Amelia through their house and talks about their family members.

Amelia and Kai have a heart-to-heart where Kai asks Amelia why she’s so self-deprecating.” Amelia explains that it’s her “shield of armor” from fully loving every part of herself. “I don’t even think I know all of who I am,” Amelia admits. Kai says they’re excited to get to know every party.

Maggie Uncovers Secrets Of Ellis’ Past

Zoya stumbles upon a box of Ellis’ things. Maggie finds a letter Ellis wrote to her. Maggie contemplates opening it and ultimately can’t resist. In the midst of battling the flu, Maggie imagines Ellis sitting next to her and reading the letter. Maggie has so many questions for Ellis. Questions only her mother can answer. From the letter, she learns that Ellis wanted to go into cardio but backed out.

Maggie pleads with her mother to “see” her. In the letter, Ellis writes that she “never let the inconsequential get in my way.” Maggie feels like Ellis was ashamed of her. She later learns that Ellis chose her parents, and they offered an occasional update about Maggie, but she declined.

Ellis stands by her decision. This devastates Maggie, and she initially doesn’t want to finish the letter. However, she gives Ellis one more chance. Ellis admits in the letter that she wasn’t the best mother to Meredith and did the best thing for Maggie by giving her away. She wishes Maggie and Meredith could have met, having no idea that they have and became so close.

Nick Is Falling In Love With Meredith

Nick finally decides to hear Charlotte out about her decision. Nick tells Charlotte that he just doesn’t want her to struggle. She promises him that she will go back to school once she’s found herself. When he goes back and talks to Meredith, she admits that she doesn’t know if she can just go back and be chief of general surgery anymore after the success of the Parkinson’s project.

Nick admits to Meredith that he’s falling in love with her. Falling in love scares him because he doesn’t love the “feeling of losing control.” But he’s willing to take the risk with Meredith.

The next morning, Amelia is getting dressed and heading out. She tells Kai that she can’t stay because she’s a mom. Amelia hopes that part of her life doesn’t scare Kai away. Amelia and Meredith return home and learn about the letter. Meredith can’t believe that Ellis wrote it. Maggie doesn’t know if she’s glad she read the letter or not, but she knows what she has to do now. She decides to burn the letter.