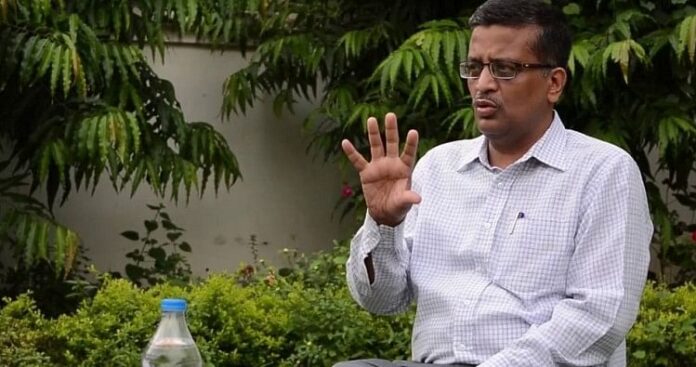 Haryana’s senior IAS officer Ashok Khemka has written a letter to CM Manohar Lal demanding a tenure in the Vigilance Department. He has offered to root out corruption during this tenure. During his career spanning three decades, Khemka has built a reputation as an upright officer. He has had more than 50 transfers so far.

In his letter, Khemka said that he sacrificed his career to end corruption. Khemka remains in the news due to frequent transfers. At present he is posted in the Archives Department. Khemka said that there is not enough work in their current postings, but some officers are burdened with multiple charges and departments. In a letter dated January 23, Khemka said that one-sided distribution of work is not in public interest.

Khemka, a 1991-batch Indian Administrative Service officer of the Haryana cadre, came into national limelight in 2012 when he quashed the mutation of a Gurugram land deal involving Congress leader Sonia Gandhi’s son-in-law Robert Vadra. It is part of the process of transferring the ownership of a piece of land.

In his letter, Khemka said that you know corruption is ubiquitous. When I see corruption, it hurts my soul. I have sacrificed my career in the zeal to root out cancer. Without rooting out corruption as per the so-called government policy, the dream of a citizen to realize his true potential can never be realised. He would be reduced to fighting for survival on a daily basis. He said that he has always been in the forefront of the fight against corruption and vigilance is the main part of the government to root out corruption.