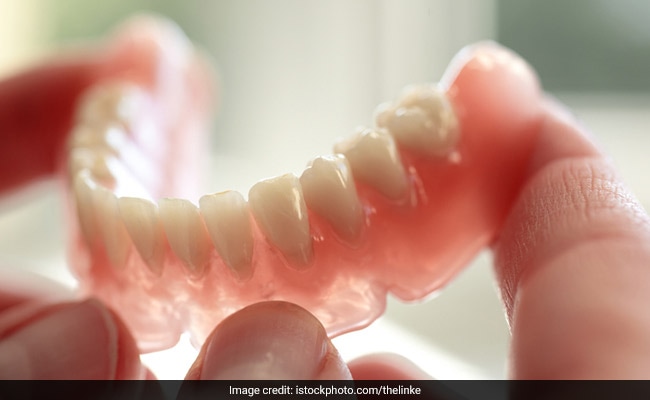 The man said he was “gobsmacked” when the long-lost dentures turned up. (Representational)

A British man said he was left open-mouthed after Spanish authorities returned the false teeth he lost on a boozy night out in Benidorm 11 years ago, the BBC reported on Thursday.

Paul Bishop, 63, misplaced his teeth in the popular resort in 2011, when he fell ill while drinking cider and had to vomit into a bin.

“When we headed to the next bar, my friend then turned round to me and asked where my teeth were,” he told the broadcaster.

A search proved fruitless but he said he was “gobsmacked and stunned” when the long-lost dentures turned up at his home in Stalybridge, near Manchester, northwest England.

They had been found in a Spanish landfill.

“Next thing you know, they have found my DNA and address from British records, and popped it in the post,” he added.

Bishop, who was pictured with the errant gnashers in a plastic bag, described the return as “unbelievable”.