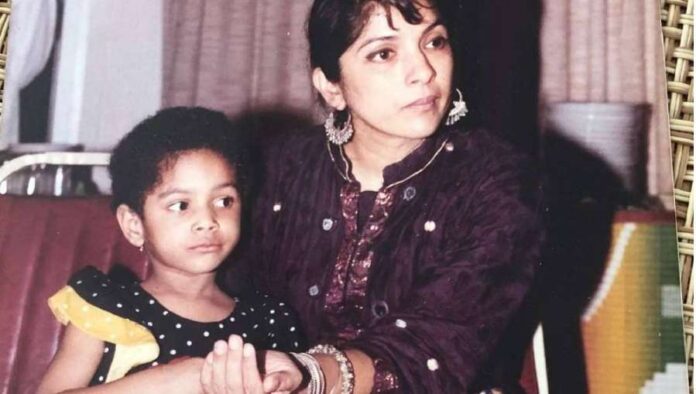 New Delhi: Neena Gupta is a well-known Bollywood actress. She is a brilliant actor and she is proving her acting prowess with every release she releases. These days she is enjoying the success of her recently released film ‘Unchai’. Nina never hesitates to speak her heart out. The veteran star has often spoken about her relationship with former West Indies cricketer Vivian Richards and has never shied away from talking about having children out of wedlock. Speaking to popular Instagram page Humans of Bombay, Neena revealed how she broke the news of her pregnancy to Vivian.

Vivian was someone else’s husband

Vivian Richards was married to someone else, meanwhile Neena Gupta came into his life. Both fell in love and Neena Gupta became pregnant without marriage. Neena revealed that the moment she found out she was pregnant, the actress called Vivian to inform her about the same and discuss the options. At that point Vivian encouraged her to pursue the pregnancy. The ‘Height’ actress recalled that her father initially did not support her decision, but later came forward to do so and became one of her biggest supporters.

How was Vivian’s reaction

In an interview with Humans of Bombay, Neena recalled the conversation she had with Vivian and said, “I was not giddy with happiness. I was happy because I loved her. I called her and asked her if I will not be hurt if you do not want this child. He said, ‘No no, I would love to give birth to this child for you.’

Everyone had warned Nina

Neena further added that everyone told her, ‘No, no, no, how can you do this alone?’ Because he was already married and I could not marry him and go to Antigua to live there. But what happens when you are young, you are blind. When you are in love, you don’t listen to anyone. No child will listen to their parents and I was like that too.

Won the National Award in 1994

Bollywood actress Neena Gupta won the National Film Award for Best Supporting Actress for playing a young widow in ‘Woh Chhokri’ (1994). Since then, there has been no looking back in his career. He was last seen in ‘Unchai’, which also stars Amitabh Bachchan, Boman Irani, Anupam Kher and Sarika in pivotal roles.

Seeing the new Dhansu trailer of ‘Avatar’, people remembered ‘Game of Thrones’, every scene will give goosebumps