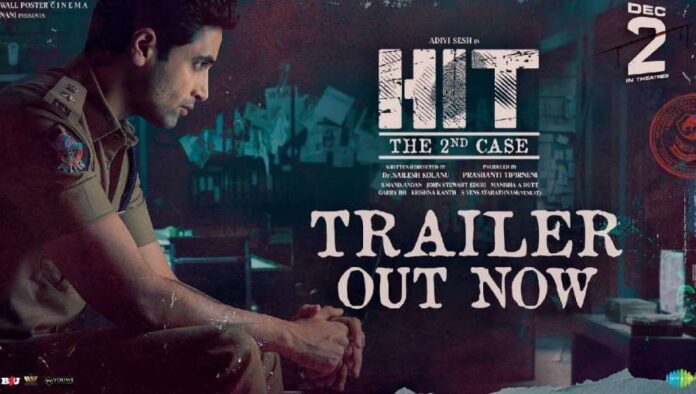 HIT: The Second Case trailer: Recently in Delhi a woman Shraddha was brutally hacked to death by cutting her into 35 pieces. The whole country is shaken by this accident. Now you will get to see a similar story on the screens too which coincidentally is going to be seen in ‘Major’ fame Adivi Shesh’s latest film ‘HIT – The Second Case’. The trailer of the film has come out, seeing which you will see many similarities with Shraddha Murder. Exactly the same crime is depicted in this film.

coincidentally the trailer came at the same time

The film was written about a year back and was announced a long time ago. It is just a coincidence that this film is going to be released shortly after this incident. Not only this, Shraddha’s name has also been mentioned in the film which will make people think once, but it looks like it is just a coincidence. Watch the trailer…

The trailer of the film showcases the work of a cool cop Krishna Dev who is faced with a dreadful case. In the trailer, KD mocks the criminals by saying, “birdbrained,” and then sets out to solve the case that has taken the city by storm. However, will KD be able to solve this case? Will they be able to find out the real culprit of this murder case? It will be known only on 2nd December but this much is certain that this brilliant crime thriller story promises to keep the audience hooked at every turn.

Hindi version may come at the end of December

‘HIT 2’ is the second part of ‘HIT Versus’ by Dr. Shailesh Kolanu. Directed by Shailesh Kolanu, the film is all set to hit the screens on December 2, 2022. As the release date nears, the makers have excited the cine lovers with a thrilling trailer. The film will feature Adivi Shesh, who made her Hindi film debut with the film Major, which was well received by the Hindi audience. There is a wave of excitement among the netizens and their fans regarding the next film as well. Due to this, he has also requested the makers to release this film in Hindi language as well. In such a situation, it is possible that by the end of December, the Hindi version of the film will also be released.

This is the cast of the film

Meenakshi Chowdhary is in the female lead with Adivi in ​​this film. While Rao Ramesh, Posani Krishna Murali, Tanikella Bharani, Srinath Maganti, Komali Prasad will be seen playing important roles in the film. The film is being produced by Prasanthi Tipirneni and presented by Natural Star Nani Wall Poster Cinema.

Priyanka Chopra’s daughter Malti’s face seen for the first time, fans debate whether she is like mother or like Nick Jonas?