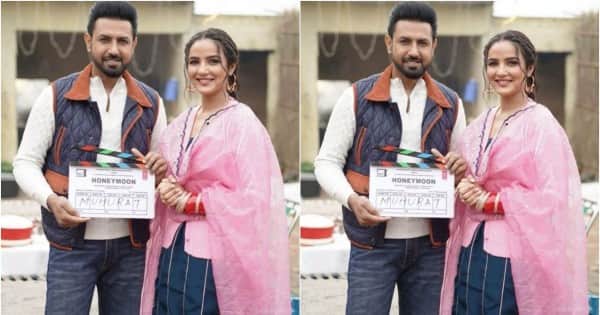 Jasmin Bhasin has been a part of multiple films down South, and the actress is famously known for her performance in TV shows like Tashan-e-Ishq, Dil Se Dil Tak, Dil Toh Happy Hai Ji, Naagin 4, and others. She has also been a part of reality shows like Fear Factor: Khatron Ke Khiladi 9 and Bigg Boss 14. Now, Jasmin is all set to make her Punjabi film debut titled Honeymoon which also stars Gippy Grewal in the lead role. Also Read – Bigg Boss 15: Shivangi Joshi roots for Yeh Rishta Kya Kehlata Hai co-star Karan Kundrra; calls him ‘gem of a person’

Well, Jasmin’s fans are super excited about her new project. A fan commented on the post, “Wishing all the luck for your new project!! I know you will rock this time also!.” Another fan commented, “Make us proud as always.” One more fan wrote, “Can’t be more happier to see you shine.” Also Read – Bigg Boss 15: Rashami Desai wants Umar Riaz back in the house; fans demand #UmRash reunion – see tweets

Directed by Amarpreet G S Chhabra, Honeymoon revolves around a just married couple – Deep and Sukh who are all set to go for a honeymoon. But Deep’s extended family, who is unaware of what a honeymoon actually means, decides to accompany newlyweds as they have never been out of their village. So, not just the couple, but 16 people travel together on the honeymoon.

After her stint in Bigg Boss 14, Jasmin last year featured in nine music videos. During her stay in the Bigg Boss house, romance blossomed between her and Aly Goni. The two were best friends, but during the reality show, the two went into a relationship.

A few days ago, there were reports that Aly and Jasmin will be tying the knot soon. However, there’s no official announcement from the couple about it.