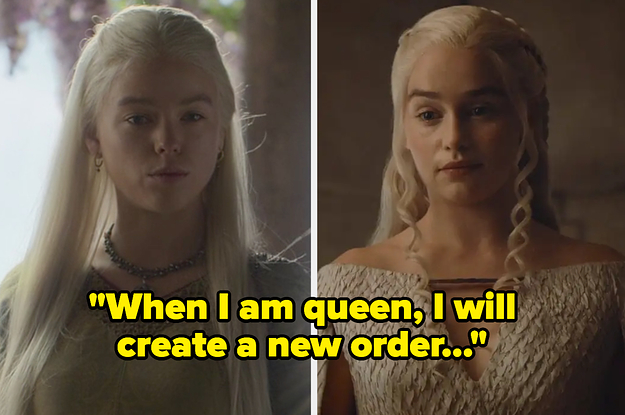 This is a deliberate choice from the showrunners, emphasizing the way Rhaenyra still feels quite small and unheard at court — something which is highlighted later in the episode by Rhaenys, when she says “do you remind your father’s men of that as you carry their cups?” in response to Rhaenyra’s statement about being heir.

In the “Inside the Episode” clip, showrunner Miguel Sapochnik says, “We wanted to capture the idea that Rhaneyra, in spite of her being made heir, continued to be the cupbearer with no real change in her life”, while his co-showrunner Ryan Condal notes, “she still has to study at her dad’s feet, and that doesn’t mean that she suddenly has a voice at the council, and I think all that stuff is really important for the gradual evolution of Rhaenyra’s character”. Big 👀.