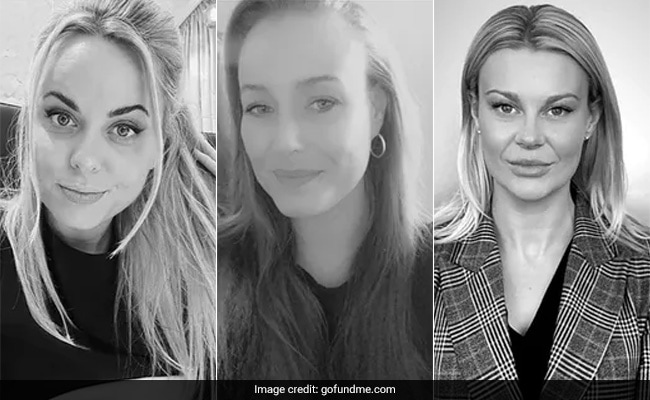 Victims of the now-notorious “Tinder Swindler” are clawing back what they’ve lost through a GoFundMe page.

After a Netflix documentary detailed how Simon Leviev tricked women he met on Tinder into giving him money, the three people featured most prominently – Cecilie Fjellhoy, Pernilla Sjoholm and Ayleen Charlotte – have started a fundraising effort that’s already accumulated about 56,000 pounds ($75,000). That’s more than the 150,000 shekels ($47,000) Leviev was ordered to pay his victims in a 2020 Israeli court order – one of the few consequences he’s had to face for his actions.

The scam, which is estimated to have stolen $10 million from victims, exploded across social media this week, generating outrage over the fact that Leviev is currently a free man after serving five months in jail for his crimes. Online frauds are nothing new, but the audacious tactics Leviev employed – like claiming to be the chief executive officer of a diamond company in danger from violent enemies – and his social media tactics encapsulate the current high-speed, digital age in which it’s never been easier to send thousands of dollars instantly.

Fjellhoy, Sjoholm and Charlotte started the GoFundMe because “many people reached out to us asking if we had one, and it hadn’t occurred to us to make one prior to this,” the women wrote in the description for the money-raising effort. “The sheer love is more than we ever expected, and we appreciate you all so much.”

Leviev – who previously went by Shimon Hayut – has now been blocked from Tinder, but according to the Netflix documentary, he’s still living in luxury with a private jet and new girlfriend.

His victims are far from alone. Romance scammers stole a record $304 million in 2020, up 50% from the prior year, according to the Federal Trade Commission.

Advocates are calling for more dedicated efforts to stop these crimes, especially as the pandemic has made virtual communication more common.

“It emboldens people do it because so few of the scammers actually get caught,” said Debby Montgomery Johnson, director of the Society of Citizens Against Relationship Scams and a survivor of an online romance scam.  “Governments don’t understand how big a problem this is.”

Indeed, some scammers can see an opportunity in anything. Multiple fake GoFundMe pages have popped up, claiming to support Leviev’s victims.

“We’ve spotted plenty of fakes, which makes us uneasy,” the women wrote in their page. “We don’t want more people getting defrauded.”