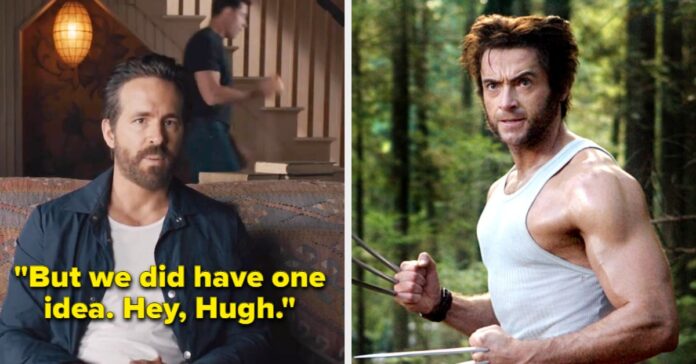 Hi, yes, hello. Well, I think it’s safe to say that the Marvel Cinematic Universe has been expanding more than ever before and with it we are getting to see more and more characters join the MCU.

One of the most exciting additions is that Ryan Reynold‘s Deadpool is officially part of the MCU thanks to that little Disney/20th Century Fox merger. And ever since, fans have been eagerly awaiting Deadpool 3.

A little while ago, it was announced that Shawn Levy, who has directed Stranger Things, Free Guy, and The Adam Project will be teaming up with Ryan to direct this film, thus marking their third film together so far. Also, screenwriters Rhett Reese and Paul Wernick, who penned the first two Deadpool films, will be returning for this film.

However, besides those announcements, little has been revealed about Deadpool 3, even though fans were hoping something would be announced at this year’s San Diego Comic-Con and D23 Expo.

Well, in typical Deadpool fashion, some of the best news for the upcoming movie has arrived fashionably late and Ryan Reynolds just announced some amazing casting news.

In a video posted to his Instagram and Twitter, Ryan revealed that he’s been working hard on Deadpool 3, and how he’s been “searching [his] soul” to make sure Deadpool’s first appearance in the MCU feels “special” and “stands out.”

“I have nothing,” Ryan joked when talking about how the film is coming together before saying, “But we did have one idea.”

That’s when none other than Hugh Jackman walks into the back of the frame and agrees to play Wolverine “one more time.”

This will mark Hugh Jackman’s first appearance as Wolverine since starring in Logan in 2017. In that film, SPOILER ALERT, Hugh’s Wolverine notably died, which raises the question how he’ll show up in Deadpool 3, however we have introduced the Multiverse in the MCU, so anything is really possible.

AND, this also adds to the massive hope that more members of The X-Men will officially be joining the Marvel Cinematic Universe very soon.

I love the absolute chaos Ryan Reynolds and Hugh Jackman will bring to Deadpool 3 and I need it to be 2024 right now.

You can watch Ryan’s entire video announcing Hugh’s return to Marvel as Wolverine below: