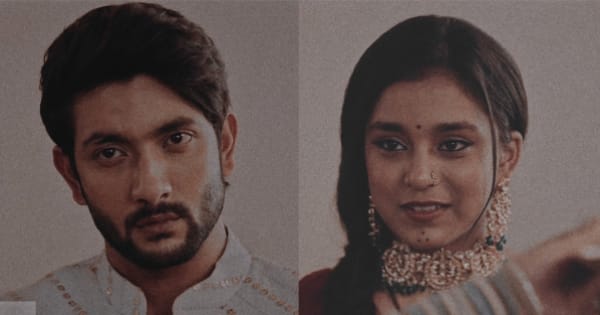 Imlie upcoming SPOILER alert: Sumbul Touqeer, Fahmaan Khan, Manasvi Vashishth starrer TV show Imlie has a huge fan base amongst the masses. Imlie is one of the most-watched TV shows in the country. With a TRP of 2.3 million viewership impressions, Imlie has been placed fourth in the TRP charts. The upcoming twists and turns in Imlie have kept the fans hooked to the TV show. Currently, Sumbul Touqeer and Fahmaan Khan’s chemistry has impressed the fans. They want to see them both head-over-heels in love and confess the same. Fans who have watched Imlie online are heaping praises on the upcoming episode and the precap for tomorrow. Also Read – Dasvi: KRK slams the Abhishek Bachchan, Nimrat Kaur, Yami Gautam starrer; says Kumar Vishwas should stick to poems

In Imlie tonight, we will see some interesting scenes between Sumbul aka Imlie and Fahmaan aka Aryan. They have fun banter, emotional scenes and intense chemistry between them as well. From Aryan’s unique lesson for Imlie to the latter’s clap back to get to the truth, the dupatta scene between Aryan and Imlie left fans gushing. Aryan and Imlie share a love-hate kinda relationship and their khatti-meethi nok-jhok is what the fans love about them. In the upcoming episode of Imlie when she laments at Aryan for making it difficult for her to get to the bottom of the case, he literally ties her up. But only to teach her a lesson. Imlie learns her lesson and decides to teach him a lesson as well. She later ties him up in order to let her interview him. The scenes that follow it are quite emotional. Aryan, Arpi and Aryan’s mom are very emotional about Arvind’s death. Imlie switches on her professional mode and quizzes Aryan. He loses his cool a couple of times but eventually gives in for Imile’s sake. Also Read – Bade Achhe Lagte Hain 2: RaYa fans unhappy with Ram’s behavior towards Priya for hiding the truth about the accident – view tweets

Their dining table banter has also caught the attention of the fans. Moreover, the precap of Imlie is winning hearts. Aryan’s protectiveness for Imlie has been seen a lot of times before. But now, we will get to see his possessiveness as a husband. Check out the tweets of Arylie fans here: Also Read – From BTS member V to Priyanka Chopra: Celebrities who received massive backlash for their smoking pics

This man is willing to relive his traumatic past just for her, and she never gets tired fighting for her people, especially when it comes to him, she’ll do it in a heart beat with no questions asked.

– the tension here ???
he surely likes it when she takes a charge. ?
__#imlie • #arylie pic.twitter.com/qUBp37sAki

This scene reminded me of ek villain , where aisha says “he just needs someone to give him a hand and pull him out of the dark.” #arylie #imlie pic.twitter.com/qgOtcUlRWy

precap continued: nalla came and is like I don’t wanna see them and was leaving, but MY MANNN PULLED HER AWAY IS LIKE “I’M ONLY PROTECTING YOU FROM BAD EYESSSS”

hotttt hotttt ?? ok but my ears are redd lmaooo i spent too much time on this ep #imlie #arylie #AryanSinghRathore

They say that the ppl we are destined to meet are tied up to us with an invisible red string…. ❤️❤️But, there are ppl who will reintroduce you to yourself by tying you up in the said red dupatta! ?They are called Husband/Wife!? Say Hello to yourself #Imlie & Aryan! ??#Arylie pic.twitter.com/OFflGU8htK

Damn…
This man isn’t scared of anyone.. like anyone other than 3 Rathore ladies
????#Imlie #AryanSinghRathore #Arylie pic.twitter.com/hIOnLFhP4v

Me just trying to avoid sad vibes from today’s emotional epi
and focusing on my imaginative brain of dem being romantic!
Just them serving us desi version of #ChristianGrey & #Anastesia vibes

N huh btw here Christian is #Imlie? coz she got to tie Aryan

For the latest updates on Imlie, stay tuned to BollywoodLife.