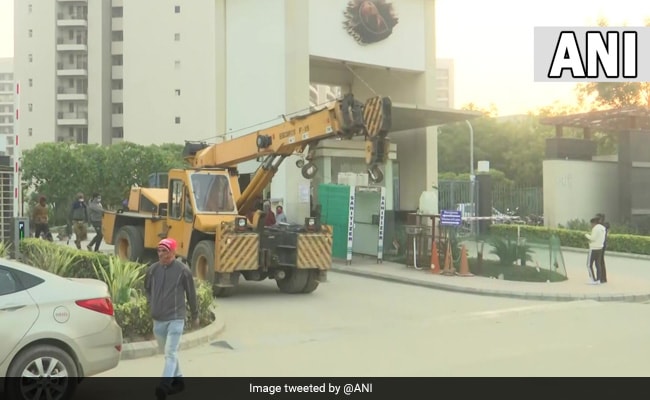 The incident happened at the “Chintels Paradiso” project at Sector 109, Gurgaon in Haryana.

Days after the partial collapse of a residential tower in Gurgaon killed two people, the police have filed a new case based on a complaint by the district town planner questioning the authenticity of certification regarding building design and structure.

A case under various sections of the Indian Penal Code relating to cheating, forgery and criminal conspiracy has been filed against several individuals including Chintels India Managing Director Prashant Solomon.

“The mishap has proved that the certificate of Structure Engineer and Proof Consultant and work of Contractor is not credit worthy and rather fraudulent,” the FIR said.

The Structure Engineer, Design Consultant, Architect and contractor company have been named in the FIR.

It also names “persons who were getting major addition/alterations on 6th floor as per local enquiry”.

A large chunk of the sixth floor of tower D had fallen all the way to the first floor, killing two women.

Realty firm Chintels India had on Friday said the company is cooperating with the local authorities on the “unfortunate” incident and would conduct a structural audit of the entire project.

The incident happened at the “Chintels Paradiso” project at Sector 109, Gurgaon in Haryana.

Mr Solomon had earlier tweeted that according to preliminary investigations, they came to know that the mishap occurred during renovation work by a contractor being carried out by a resident in his apartment.

“We had conducted a structural audit last year when complaints first came. We will be initiating a second structural audit at the earliest. In case any defects are found in the structure, we will duly compensate affected buyers or accommodate affected residents in alternate arrangements while necessary repair work is completed. We are fully cooperating with the authorities and ensuring all support,” he added.

Haryana Chief Minister Manohar Lal Khattar had tweeted on the day of the accident that he was personally monitoring the situation.

Gurgaon-based Chintels India has developed many housing and commercial projects in the Dwarka Expressway area.