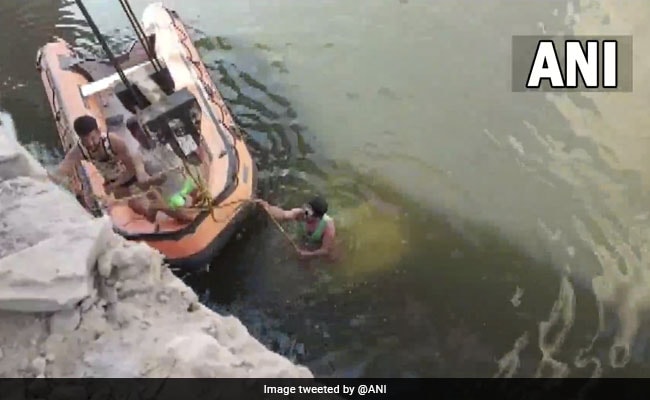 Nine people, including the groom, were killed in a road accident in Rajasthan hours before the wedding in Madhya Pradesh, the police said today.

The occupants of the car were going to Ujjain when their driver lost control of the vehicle and it fell into a river in Rajasthan’s Kota district, a senior police officer said.

He said police received information about the incident around 7.50 am, following which a rescue operation was launched.

Initially, seven bodies were pulled out from the car that had plunged seven-eight foot deep into the water. Two more bodies were recovered later, the police official said.

The marriage party was travelling from Chauth Ka Barwada village in Rajasthan’s Sawai Madhopur district to Ujjain in Madhya Pradesh, the SP said.

“The diver most likely lost control over the car due to drowsiness,” he said.

The rescue operation is underway, the police officer said.

The bodies have been kept in a mortuary for post-mortem, he said.

“‘The death of nine baratis, including the groom, after the car carrying them fell into Chambal River is very sad and unfortunate. Have spoken to the collector and assessed the situation. My deep condolences are with the aggrieved families. May God give them strength to bear the loss, and I pray for peace to the departed souls,” he tweeted.

India accounts for the highest number of such incidents — 4.5 lakh — globally every year, with more than 4.5 lakh people being crippled and resulting in losses accounting up to 3.14 per cent of the GDP, the World Bank said in a report released last year.

With inputs from agencies